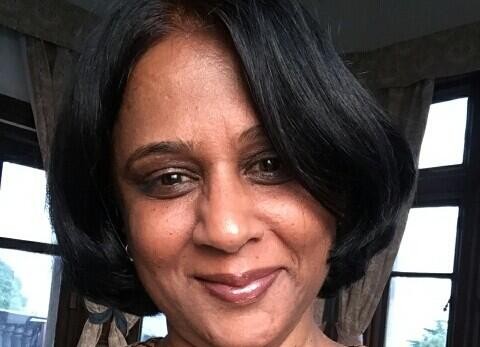 Esha Shah is an environmental engineer by training and a social anthropologist, historian and philosopher of science and technology by professional choice. Her research interests so far have broadly concerned with the history and anthropology of technology-led development in India on the divide of modernity and democracy. Recently, she has been working on the philosophy of subjectivity and it’s relation to modes of rationality, including objectivity in science.

Until recently her research is broadly concerned with the history and anthropology of science and technology-led development in India on the divide of modernity and democracy. Currently, she is working on the way in which subjectivity (including emotions and affects) shape modes of rationality, including the objectivity in scientific knowledge. She employs anthropological and historical methods in all her research and is increasingly using sources from popular culture and auto-biographical and biographical life-writings for her research.

In her dissertation now published as a book (Shah, E. (2003) Social Designs: Tank Irrigation Technology and Agrarian Transformation in Karnataka, South India, New Delhi: Orient Longman) she has looked at the transformation of a thousand years old (often called traditional) tank irrigation system in south India since the introduction of the green revolution and argued that although tanks potentially provided an environmentally advantageous and decentralised mode of irrigation, however, access to this resource was mediated through social relations of power and hence this technology is not different than the large scale, centralised irrigation technology like Dams in shaping social relations. Her currently on-going research involves understanding the politics of technological controversies on transgenics (GMOs) in India. She has argued that the public controversies on Bt cotton and Bt Brinjal (eggplant) in India, unfolding over a decade and half, point out a larger shift in the science-society relationship, according to which the political and social legitimacy of science and technology are increasingly hinged on the assessments of risks and performances, and scientists and experts are attributed with decisive agency in these controversies.

The recent and emerging stance of her work involves, what she calls, affective histories of the modes of development, normativity, rationality, and objectivity. Applying the framework of affective histories, she has done several papers on the way emotions or affects have shaped public and cultural rationality. Her interest in emotions shaping rationality has now developed into a monograph on Who is the Scientist-Subject? Affective History of the Gene, London: Routledge, 2018. In this book she has attempted an alternative history of the reductionist concept of the gene. Her claim is that the theory and method of reductionism has such powerful influence because intellectual paradigms are affect worlds. The book explores how the method and philosophy of reductionism operates in the microcosm of individual affective lives of the scientists, and how in the creative, existential and affective struggles of scientists reductionism is sustained, adopted, questioned and challenged. Methodologically, she has divided a century-long history of the concept of the gene in a series of “pioneering moments”. She has further selected a set of pioneering scientists as interlocutors for each pioneering moment and have closely consulted the published (auto)biographical and life-writings of these scientists in order to relate the scientists’ particular ways of being and belonging in the world with the making of their science. The purpose of the book therefore is to contribute to and by that means bring together two disparate sets of debates in history and philosophy of life sciences: history of dominance of reductionism in molecular biology and history of subjectivity in shaping objective science. Three chapters of this monograph have been already published in the journals: Minerva, History and Philosophy of Life Sciences and the yearbook of women’s history.

anthropology and history of agrarian development in India, farmers' suicides in India, controversies on transgenics in India,
emerging themes: subjectivity and objectivity in science, middle class activist-subjectivity in the making of the political

reading fiction and  watching and talking about films