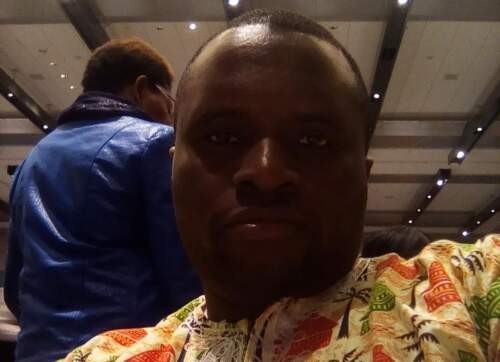 I first imagined myself a prolific tour guide and novelist. A bit of political turmoil in Kenya in the late 1990s, required a career-path rethink. Too abbreviated to be a flight attendant, my 1st love - I ended up teaching (German). After (yawn) 4 years, I was back in the academy: an MSW and a PhD 6 years - I knew I was born to teach IR, History, and research everything Africa and its relations with the world. 3 books, 2 poetry volumes and many novels later, I've done something(s) right.

A professor, teacher, mentor, “action researcher”, philanthropist and an activist; teaching courses in humanities, history, political science and international relations, including World Civilizations, History of East Asia, History of Southeast Asia, Intro to International Relations, Contemporary Issues in International Relations, Scope and Methods of Political Science and Humanities. Holder of a PhD in (IR) from Old Dominion University and an MSW from Washington University in St. Louis. Previously taught at Regent University, Old Dominion University and the JSA program. Started The Global South Compact & Foundation (GSCF) and the Rugongo Excellence in Academic Performance (REAP) scholarship. Consultant, Board Member and Associate at several non-profits, including the White Highlands Book Club (WHBC), the Rural Girls in Tech (RGIT) CBO, and the Kinangop Public Library in Kenya. A 2015 Laureate at CODESRIA’s Democratic Governance Institute, a 2016 delegate to the Fourteenth Session of the United Nations Conference on Trade and Development (UNCTAD) in Nairobi, Keynote Speaker on World Merit Day 2016. Publications in peer-reviewed journals: in African Journal of Democracy and Governance, in African Studies, in Social Sciences, and in edited book volumes: Nomenclatural Poetization and Globalization, in Millennium Development Goals (MDGs) in Retrospect: Africa’s Development Beyond, in Africa Yesterday, Today & Tomorrow: Exploring the Multi-Dimensional Discourses on ‘Development’, and in Secrets, Silences and Betrayals. The book Peace Corps and Citizen Diplomacy: Soft Power Strategies in U.S. Foreign Policy was published by Lexington Books March 13, 2018; Democracy on Fire Socio-Cultural, Ethnic and Historic Foundations of Kenya’s Electoral Violence published on February 15th, 2018, Routledge. Corruption Scandals and Their Global Impacts, co-edited with Omar Hawthorne, published in May 2018 by Routledge. Fiction novels include Tower of Terror, (2005, EAEP); The Power Station, Run, Zip Run, Company 18, Tower of Terror, Once in a Lifetime, Retribution and a poetry volume, Penzi: The Poetry of My Heart. Fluent in four languages: Swahili, English, German and Kikuyu.