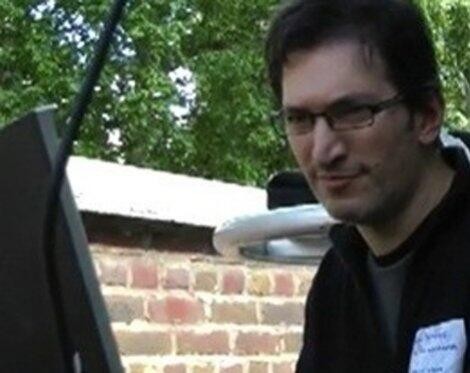 John Hondros is Lecturer in Media and Communication in the School of Arts and Social Sciences at City, University of London. Prior to his academic career, he held various senior roles in the digital media industry, pioneering the development of multiplatform television and Internet video internationally.

My previous affiliations were as a teaching fellow and visiting lecturer at the University of Sussex and also as a visiting lecturer at the Communications and Media Research Institute, University of Westminster, where I completed my PhD.  Prior to this, I worked for 14 years in the digital media industry, specialising mostly in multiplatform television, where I held various senior roles.  These included board director, interim senior vice president, executive producer and strategy consultant for organizations such as the BBC, FremantleMedia, MTV, Virgin Media, Sony Music, and Microsoft.

I hold a BA in philosophy and a BSc in physics, both from the University of Western Australia, where my honours thesis assessed interpretations of quantum theory from the perspective of scientific theory choice.  I also hold an MA in Visual Anthropology from Goldsmiths, University of London, and an MSc in organizational behaviour studied jointly at the University of Oxford and HEC, Paris where my thesis was on the human dimension of strategy implementation in the UK digital video industry.

I also make observational films as part of senior management training programmes for London Business School and others.