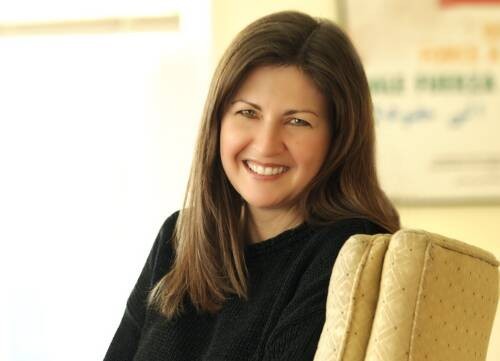 In her book, Heather Merrill develops a theory of black spaces to explore profoundly racialized sites in Italy, and how Black Italians, refugees, and immigrants from a first and second generation of post-colonial Africans in Italy deftly create their own Black Spaces. It is the first study of anti-black racism and space in Italy.

She teaches Africana Studies and Geography at Hamilton College in Clinton, NY. Merrill has taught and held a tenured professorship at Dickinson College in Carlisle, PA, where she was the first woman Executive Director of the Clarke Forum for Contemporary Issues. She held the Distinguished Visiting position of Irwin Chair in Women’s Studies at Hamilton College.

Black Spaces: African Diaspora in Italy is the first study of anti-blackness and space in Italy, and one of the first ethnographically based studies of the African Diaspora in Europe that engages with Afro-pessimist theory to make sense of current social problems. Merrill also wrote An Alliance of Women: Immigration and the Politics of Race (University of Minnesota 2006), which examines the transformation of Italy into a country of immigration by focusing on the intersection of gender, race, and class in the country’s first intercultural center, Alma Mater in Torino. Her co-edited volume, Spaces of Danger: Culture and Power in the Everyday (Merrill and Lisa Hoffman, 2015, University of Georgia) puts forward a theoretical and methodological direction for research built on the scholarship of the late Allan Pred, a major figure in geography. In Spaces of Danger, central figures in geography and anthropology build on Pred’s approaches to examine some of the most pressing social problems of the 21st century.