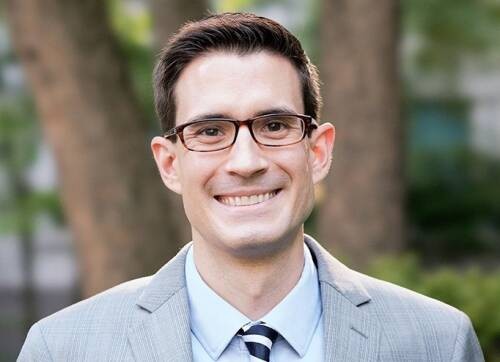 Thomas J. Vicino is Full Professor of Political Science, Public Policy and Urban and the Associate Dean of the College of Social Sciences and Humanities at Northeastern University.

Dr. Thomas J. Vicino is Professor of Political Science, Public Policy and Urban Affairs at Northeastern University in Boston, Massachusetts. He holds a joint appointment in the School of Public Policy and Urban Affairs. Currently, he serves as the Associate Dean of the College of Social Sciences and Humanities. Previously, Dr. Vicino was the Chair of the Department of Political Science from 2017 to 2019; and from 2011 to 2017, he served as the Director of the Master of Public Administration Program, which is a nationally-ranked program accredited by NASPAA. In 2014, Dr. Vicino was a U.S. Fulbright Scholar to Brazil, where he was a visiting professor in the Graduate Program in Social Sciences at Pontifícia Universidade Católica de Minas Gerais in Belo Horizonte, Brazil. He teaches at the graduate level in Political Science, as well as the professional masters programs in Public Policy, Public Administration, and Urban Planning.

Dr. Vicino specializes in the political economy of cities and suburbs, focusing on issues of metropolitan development, housing, and demographic analysis. He is the author of the five books, including: Suburban Crossroads: The Fight for Local Control of Immigration Policy (2013) and Transforming Race and Class in Suburbia: Decline in Metropolitan Baltimore (2008) and co-author of Global Migration: The Basics (2014) as well as the bestselling book Cities and Suburbs: New Metropolitan Realities in the US (2010). Most recently, he is the co-editor, with Bernadette Hanlon, of the book The Routledge Companion to the Suburbs (2019). He has also published numerous book chapters and research articles in leading peer-reviewed journals.

Dr. Vicino is fluent in Portuguese. He is a strong advocate for global experiential education. For over a decade, he has led a study abroad program, “The Twenty-First Century City,” in Brazil and Japan. These programs translate ‘the global’ and ‘the experiential’ into novel learning opportunities for students.

In his spare time, he enjoys traveling to new cities and exploring good Italian food. As a student at the University of Miami, he played the trumpet in the iconic Frost Band of the Hour marching band. He was born in the District of Columbia.

political economy of cities and suburbs, focusing on issues of metropolitan development, housing, and demographic analysis