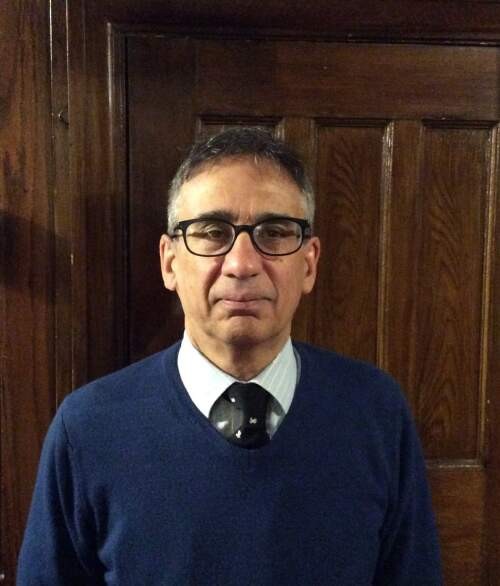 Javed Majeed is Professor of English and Comparative Literature at King’s College London. He has published books on the cultural and intellectual history of colonial and postcolonial South Asia, including the first full-length study in two volumes of Grierson’s Linguistic Survey of India (1894-1928). He has been awarded numerous grants and fellowships to do his research, and has lectured widely outside his home institution both in the UK and internationally.

Javed Majeed is Professor of English and Comparative Literature at King’s College, London. He received his MA and DPhil from Oxford University in 1984 and 1988. He has published a range of books on modern South Asia literary and intellectual history. His first book Ungoverned Imaginings: James Mill’s The History of British India and Orientalism (Clarendon Press, 1992) was a re-appraisal of the role of utilitarianism in early 19th century India and its engagement with orientalist scholars such as Sir William Jones and Horace Hyman Wilson. It also explored the politics of the utilitarian aesthetic imagination in India. His subsequent book Autobiography, Travel and Postnational Identity: Nehru, Gandhi and Iqbal (Palgrave Macmillan 2007, Primus Press 2014) explored the relationships between politics, ideas of travel and notions of selfhood in Indian nationalist autobiographies.  Muhammad Iqbal: Islam, aesthetics and postcolonialism (Routledge 2009) focused on the interaction between aesthetics and politics in the Persian, Urdu, and English works of Muhammad Iqbal, a major 20th century Muslim thinker. It also analysed the tensions in his project to define a modernist Islam. Javed Majeed co-edited India and South Africa with Isabel Hofmeyr (Routledge 2016; paperback 2018); this collection of essays covers aspects of the historical, cultural and linguistic connections between India and South Africa. His most recent publication is his two-volume study Colonialism and Knowledge in Grierson’s Linguistic Survey of India and Nation and Region in Grierson’s Linguistic Survey of India (both Routledge 2019 with a South Asian edition).

Majeed has given a number of keynote lectures internationally and in the UK, most recently at the annual British Association of South Asian Studies conference in 2018 at Exeter University and the Indian Institute of Advanced Studies in Shimla in 2017, both on aspects of Grierson’s Linguistic Survey of India. He also given public lectures, such as the annual T.B. Macaulay lecture at Rothley Court in the UK in 2019 in which he examined Macaulay’s approach to English in his writings on Ireland and India and a lecture in 2018 on classical antiquity and the study of Indian languages in the British Raj at the Victoria and Albert Museum, London. He is to give a key note address at the annual Panjab Studies conference at the Lahore University of Management Science in February 2019. He has been awarded Leverhulme, British Academy and Arts and Humanities Council grants to conduct his research, and was a Mellon Distinguished Research Fellow at the University of Witwatersrand, South Africa in 2011 and 2012.