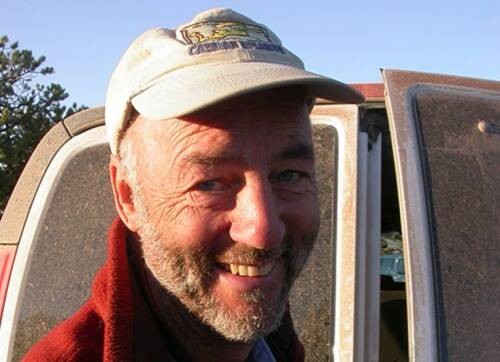 Bill Gilbert is Emeritus Distinguished Professor of Art and Ecology and Lannan Endowed Chair at the University of New Mexico where he founded the interdisciplinary field program entitled Land Arts of the American West. He is, also, co-founder of the Art and Ecology Area in the Department of Art & Art History at UNM. Since moving to New Mexico in 1978, Gilbert has completed place-based projects in sculpture, installation, performance and video formats that have been exhibited internationally.

Bill Gilbert completed his undergraduate work in studio art at Swarthmore College and Pitzer College. He received his MFA from the University of Montana in 1978. He is Emeritus Distinguished Professor of Art & Ecology and the Lannan Endowed chair in Land Arts of the American West at the University of New Mexico. Gilbert created Land Arts of the American West program at UNM in 1999 and co-founded the Art & Ecology emphasis in the Department of Art and Art History in 2007. In 2012, he received a five-year grant from Andrew W. Mellon Foundation to form the Land Arts Mobile Research Center and served as its director 2012-2016. He held the position of Associate Dean of the College of Fe Arts from 2009-2011 and as acting Dean of the College in 2012.
Gilbert has exhibited his place-based, mixed media installation, video and performance works internationally since 1981. He has participated in collaborative projects resulting in exhibitions in US, Ecuador, the Czech Republic, Greece and Canada. He is also a founding member of the Survival Kit Collective and Pup Tent Assembly.
Gilbert has worked extensively with Indigenous groups in the Americas.  He received a FIPSE grant to team teach a class with Mary Lewis Garcia at Acoma Pueblo and a Lila Wallace Arts International Grant in 1994 to work with the Quichua people of Ecuador.  He has curated numerous exhibitions, written essays and produced a video regarding the work of artists from the US Pueblos, Juan Mata Ortiz, Mexico, and Pastaza, Ecuador.
In 2009, the University of Texas Press released Gilbert’s book with professor Chris Taylor entitled Land Arts of the American West. He, also, served on the steering committee for the LAND/ART New Mexico project and authored the introduction for the culminating book LAND/ART published by Radius Books. 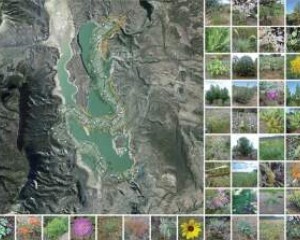 A review of walking art projects completed by artist Bill Gilbert in the desert environments of the American West. 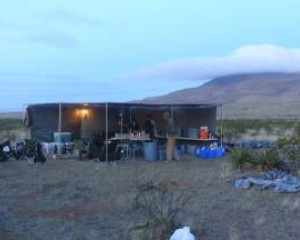 A review of the Land Arts of the American West field program at the University of New Mexico as a model for environmental arts education. 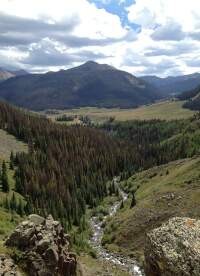 Claire Cote in Land Arts of the American West field program at UNM, 2005

On The Road Again