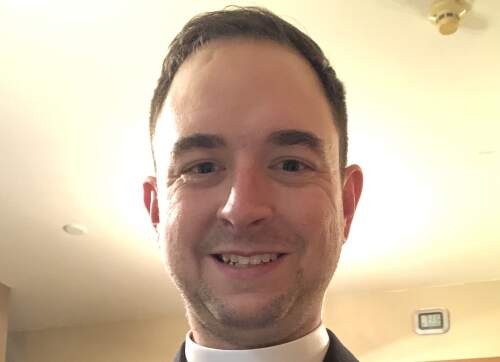 Missioner for Transition and Leadership
Episcopal Diocese of South Dakota

Chris Corbin has a BA in religion and philosophy from Florida Southern College, an Mdiv from Yale Divinity School and a PhD in theological studies from Vanderbilt University. He oversees Niobrara School for Ministry, the continuing education and ministerial formation program for the Episcopal Diocese of South Dakota. His research interests include Romanticism and religion, modern theology, modernization processes, medieval studies, and Anglican and Methodist history.

Christopher Wesley Corbin currently works full-time for the Episcopal Diocese of South Dakota as Missioner for Transition and Leadership Ministries. He oversees, administers, and develops the Diocese’s program for ministerial education and formation. Furthermore, he acts as the Diocese's director of communications. He graduated summa cum laude from Florida Southern College with a B.A. in religious studies and philosophy and minors in political science and English literature. He then graduated summa cum laude from Yale Divinity School with an M.Div. where I received an award for excellence in theological scholarship. Most recently, He received my M.A. and Ph.D. from Vanderbilt University in theological studies. At Vanderbilt, my primary research focused on the religious thought of Samuel Taylor Coleridge and late 18th century evangelicalism, and his minor area research focused on early modern British philosophy. While at Yale, he both acted as editor for the Divinity School’s scholarly journal and served as a research assistant and editor for the theologian Miroslav Volf. His research for Volf proved truly interdisciplinary and delved into topics like historical theology, the sociology of religious violence, and globalization processes. At Vanderbilt, Paul DeHart supervised his dissertation research, and he also worked with Bruce Morrill, Paul Lim, Jeffrey Tlumak, and Lenn Goodman. While doing dissertation research, he provided background information on John Wesley for notes on recently
discovered Coleridge marginalia. He has presented papers in both literature (a postcolonial
reading of Beowulf at the International Association of the Fantastic in the Arts) and early
evangelicalism (Wesley’s relationship to changing 18th century media consumption at the Oxford
Institute of Methodist Theological Studies).