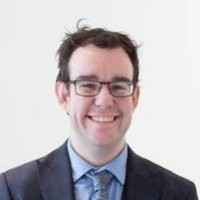 Russell Sandberg is Professor of Law at the School of Law and Politics at Cardiff University where he specialises in Law and Religion, Legal History, Family Law and interdisciplinary approaches to Law. Russell edits or co-edits three book series published by Routledge: Leading Works in Law; the ICLARS Series on Law and Religion; and Transforming Legal Histories.

I specialise in Law and Religion and Legal History. In recent years my research has focused on the relationship between religion and Family Law and upon interdisciplinary approaches to Law. I am a Cardiff graduate, obtaining First Class Honours in his LLB in Law and Sociology in 2005 and a doctorate examining the relationship between religion, law and society in 2010. I served as Head of the Law department between 2016 and 2019.

I am the editor or co-editor of three book series published by Routledge:

- Leading Works in Law examines how particular legal sub-disciplines have developed by exploring the leading works that have shaped, developed and on occasions confined fields of study.

- Transforming Legal Histories aims to place the historical study of law at the heart of the law curriculum using history to question and subvert assumptions and expectations of law.

- ICLARS Series on Law and Religion is designed to provide a forum for the innovative and internationally excellent rapidly research in law and religion.

I am a contributor to The Conversation and Westlaw UK Insight and was a specialist Contributing Editor for Jowitt’s Dictionary of English Law (Sweet & Maxwell 2010). My research, which has been cited by the UK Supreme Court and the Equality and Human Rights Commission, has included an empirical study, Social Cohesion and Civil Law, into the operation of religious tribunals in Britain funded by the AHRC / ESRC Religion and Society programme. I am actively involved in Cardiff’s Centre for Law and Religion and its Law and Religion Scholars Network. I am co-founder and co-coordinator of the Law and History Research Group.

My research has four main directions:

First, my research has focused upon the study of Law and Religion, working at Cardiff's Centre for Law and Religion. This has included exploring the emerging legal framework concerning religion examining how human rights, discrimination and criminal laws interact with religion. My work has also analysed how religion is defined legally and constitutional laws governing Church-State relations throughout Europe. My work has contended that the significant legal changes that have occurred in the twenty-first century means that Law and Religion now exists as ‎as an academic sub-discipline like Family Law or Sports Law. This was the focus of my book Law and Religion (Cambridge University Press, 2011), the edited works Law and Religion: Critical Concepts in Law (Routledge, 2017) and Leading Works in Law and Religion. I am Managing Editor of the ICLARS Series on Law and Religion, published by Routledge.

Second, the interaction between religion, law and the family has emerged as particular focus in my work. This has included research on the interaction between religion and marriage / divorce law particularly exploring the legal recognition of religious tribunals. Building upon the Social Cohesion and Civil Law empirical project funded by the AHRC/ESRC Religion and Society Programme, my recent work has included an edited work on Religion and Legal Pluralism (Ashgate, 2015) within the interdisciplinary Religion and Society series and a range of publications that have sought to understand the place of religious tribunals using a range of theoretical approaches including Ayelet Shachar's work on Joint Governance, Niklas Luhmann's Systems Theory and Sharon Thompson's Feminist Relational Contract Theory. Recent work has sought to place the Sharia debate within the wider Family Law context and has argued for Family Law reform. I am editing with Dr Sharon Thompson the forthcoming edited collection, ‘Leading Works in Family Law’.

Third, my work has explored the relationship between the legal and sociological study of religion. This was the focus of my monograph Religion, Law and Society (Cambridge University Press, 2014) within the Cambridge Studies of Law and Society. This argued for increased collaboration between legal and sociological approaches to religion provided that the unique contributions of each discipline is preserved. Recent work has focused upon the merits and possibilities of interdisciplinary work generally in Law. This has included the edited work The Confluence of Law and Religion and publications on Law and Religion that focus on philosophical approaches and a forthcoming Handbook of the Interdisciplinary Study of Law and Religion which includes historical, sociological, political and theological perspectives. I am Series Editor of Leading Works in Law, published by Routledge. This book series will look at how particular legal sub-disciplines have developed by exploring the leading works that have shaped, developed and on occasions confined fields of study.

Fourth, my interest in interdisciplinary approaches to Law has resulted in research on relationship between Law and History. This has included the edited work Law and History: Critical Concepts in Law which includes an introductory essay 'Textual and Contextual Legal History' which explores how divisions within Legal History has resulted in the marginalisation of historical approaches in UK Law Schools. With Dr Sharon Thompson, I am the Co-Founder and Co-Coordinator of the Law and History Research Group. This is the home of a new book series, published by Routledge: Transforming Legal Histories. This aims to place the historical study of law at the heart of the law curriculum. It is designed to showcase scholarship which uses historical theory, approaches or methods to analyse law and legal change and is aimed, not exclusively at legal historians but at a general legal readership, exploring and expanding the historical dimension of key fields of legal scholarship. The series editors are Dr Lydia Hayes, Dr Katie Richards, Dr Sharon Thompson and I.