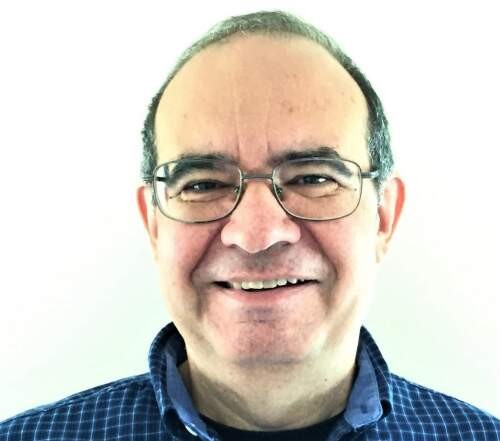 Martin Schoenhals is a cultural anthropologist specializing in contemporary Chinese culture, with an additional focus on India. He has a strong passion for social justice, and he seeks to combine academic work and activism. He believes that scholars should not only describe social maladies but should strive with equal energy to develop proposals to promote human happiness. Work, Love, and Learning in Utopia is Schoenhals’ contribution to this goal.

Martin Schoenhals received his PhD in anthropology from the University of Pennsylvania. He is a cultural anthropologist specializing in contemporary Chinese culture, with an additional focus on India. He is fluent in Mandarin Chinese and has conducted field research in China during the last 31 years and in India during the last 18 years.

Schoenhals has a strong passion for social justice, and he seeks to combine academic work and activism. He believes that scholarly study of societal ills is necessary but not sufficient. Scholars should identify social maladies but should also strive with equal energy to articulate proposals to address these maladies. It is not sufficient, either, to formulate discipline-specific and limited proposals. Instead, we must think as broadly as we can, drawing from our own research, that of our own discipline, and of other disciplines, to promote and advance human individual and collective happiness. Work, Love, and Learning in Utopia is Schoenhals’ contribution toward this goal.

Schoenhals’ utopian writing draws on his decades of anthropological research. As a psychological anthropologist, he has studied emotions and facial expressions cross-culturally, to learn what makes people happy and sad in different cultures. His 1988-89 fieldwork at a Chinese high school focused on face and shame, and their role inside and outside of the classroom. The Paradox of Power in a People’s Republic of China Middle School, also available from Routledge, reports this research. In following decades, he has returned to China to investigate attitudes to the Chinese pursuit of face and the tensions in China between face-protection and the promotion of open criticism of people.

Schoenhals believes in the value of broad research. In addition to face, he has studied caste among the Nuosu (Yi), an indigenous people who live in the high mountains of China’s Sichuan Province. This fieldwork led to publication of Intimate Exclusion: Race and Caste Turned Inside Out, a comparative study theorizing the causes of caste and race. Other research includes study of notions of work among rural Chinese, who often denigrate themselves and the manual work they do. Such beliefs help to explain the massive migration of peasants to cities, especially from regions such as the author’s Sichuan Province study locales. His interest in caste also led him to take advantage of a colleague’s connections to India, and India, caste and gender have become another focus of his recent work.

In his spare time, the author loves listening to, and performing, classical music. He is a pianist and a choral singer and he sings in a wide variety of choral ensembles.

Personal interests: I play the piano (I am classically trained) and love Beethoven, Schumann, Chopin, Mahler and many others. I also sing in a variety of choral ensembles. Nothing is more exhilarating than singing a great choral work such as the Faure Requiem, one of my favorites.

I also love politics and current events, and working with others for social justice.

A brief introduction to Work, Love, and Learning in Utopia