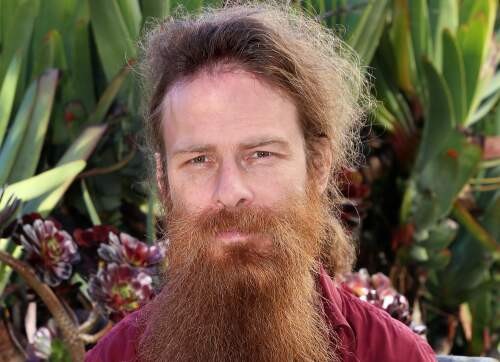 Joseph Rex Young pursues a career researching the intellectual history and motivating principles of post-Enlightenment fantasy literature. He attributes the power and persistence of the fantasy form to is capacity not as a readily-marketable commercial genre, but as a contemporary discourse on the Romantic sublime. He also pursues active interests in the Gothic tradition, the philosophical novel, and ekphrasis. He has taught at universities in New Zealand, Bosnia-Herzegovina and Germany.

Joseph Rex Young was born in Dunedin, a university city, in 1979, and has devoted much of his life to preparing for, conducting, and making constructive use of a university education. After taking degrees in History and Classics, he decided to pursue a longstanding personal interest in fantasy literature and media by writing a PhD thesis, Secondary Worlds in Pre-Tolkienian Fantasy Literature, working under Emeritus Professor Colin Gibson and Dr Paul Tankard.
Since completing his PhD Dr Young has published various articles about the work of E.R. Eddison, H.P. Lovecraft, Mervyn Peake and Jacek Yerka, and has taught literary genre and theory at universities in New Zealand, Bosnia-Herzegovina and Germany. A Tolkienian at heart, Dr Young regards modern fantasy as a popularly digestible discourse on the neo-Romantic sublime, in the context of which authors of literary ambition can clarify and examine some of the core issues of the human experience.
Since 2015 Dr Young has been working on A Song of Ice and Fire by George R.R. Martin, the source material for the enormously successful television series Game of Thrones. Rather than seeing Martin's work as noteworthy for breaking the established rules of fantasy - as many commentators have suggested - Dr Young feels that Martin deserves credit for creating a narrative expansive enough to follow all the rules at once. This, he argues, results in a complex mesh of co-existing literary effects that ultimately vindicate the neo-Romantic mission delineated for fantasy by Tolkien.
Dr Young made this point to Routledge in 2017, observing that although there were a variety of fan books noting that Jon Snow knows nothing, there were as yet no serious academic investigations as to why he knew nothing. He now offers his first book, George R,R, Martin and the Fantasy Form, to redress this lack. He plans further research in the field, with essays on Martin, J.K. Rowling and Zdzislaw Beksinski currently in preparation.