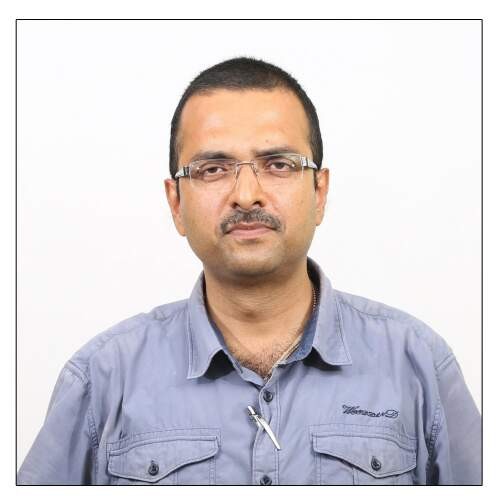 Associate Professor and Head, Design Discipline at the Indian Institute of Information Technology Design and Manufacturing Jabalpur, India. PhD in Industrial Ergonomics from the University of Limerick, Ireland. Research interests in the area of ergonomics application in informal sector, design ergonomics, visual ergonomics, and application of ergonomics in manufacturing.

Prabir Mukhopadhyay holds a BSc Honours Degree in Physiology and an MSc Degree in Physiology with specialisation in Ergonomics and Work Physiology both from the Calcutta University, India. He holds a PhD in Industrial Ergonomics from the University of Limerick, Ireland. Prabir started working with noted ergonomist Prof R.N. Sen, at the Calcutta University both for his Master’s Thesis and later on a project sponsored by the Ministry of Environment and Forests, Government of India... It was during this time Prabir developed a keen interest in the subject and wanted to build his career in ergonomics. He joined the National Institute of Design, Ahmedabad, India as an Ergonomist for one of the projects for the Indian Railways. There he was mentored by Dr S. Ghosal, the project lead. He then joined the same institute as a faculty in ergonomics. During his tenure at Ahmedabad, he worked on many consultancy projects related to ergonomics. Some of his clients there included the Indian Railways, Self Employed Women’s Association and the United Nation Industrial Development Organization.
After working there for two years Prabir left for the University of Limerick, Ireland, on a European Union Funded Project under the supervision of Prof T. J. Gallwey. He completed his PhD in Industrial Ergonomics from the same University and decided to return to India to apply his acquired knowledge. He joined the National Institute of Design, Post Graduate Campus at Gandhinagar, India as a faculty in ergonomics. There he headed the Software and User interface Design discipline. He also completed a research project funded by Ford Foundation-National Institute of Design on ergonomics design intervention in the craft sectors at Jaipur in Rajasthan, India.  Simultaneously he started teaching ergonomics across different design disciplines at other campuses of the institute like Ahmedabad and Bangalore as well.
After working there for around five years, Prabir joined his present Institute as an Assistant Professor in the Design Discipline. He was later promoted to an Associate Professor and later became the Discipline head. He teaches practices and researches in different areas of ergonomics and its application in design. He   is a bachelor, and his hobbies include watching action movies, listening to Indian and Western Music, travelling and cooking.