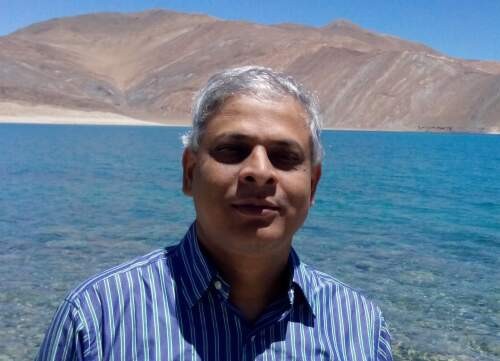 Amit Patra received the B.Tech., M.Tech. and Ph.D. degrees from the Indian Institute of Technology, Kharagpur in 1984, 1986 and 1990 respectively. During 1992-93 and in 2000 he visited the Ruhr-University, Bochum, Germany as a Post-Doctoral Fellow of the Alexander von Humboldt Foundation. He joined the Department of Electrical Engineering, Indian Institute of Technology, Kharagpur in 1987 as a faculty member, and is currently a Professor. He was the Professor In-Charge, Advanced VLSI Design Lab, at IIT Kharagpur during 2004-07. Between 2007 and 2013 he served as the Dean (Alumni Affairs and International Relations) at IIT Kharagpur. His current research interests include power management circuits, mixed-signal VLSI design and embedded control systems.

He has guided 17 doctoral students and published more than 200 research papers in various Journals and Conferences. He is the co-author of two research monographs entitled General Hybrid Orthogonal Functions and Their Applications in Systems and Control, published by the Springer Verlag in 1996, and Nano-Scale CMOS Analog Circuits – Models and CAD Tools for High-Level Design, published by CRC Press in 2014. He has carried out more than 40 sponsored projects mostly in the areas of VLSI and power management circuits and control systems. He has been consulted by National Semiconductor Corporation, Infineon Technologies, Freescale Semiconductor and Maxim Corporation in the Power Management area. In the area of control systems he has collaborated with ISRO, DRDO, ADE, ADA, General Motors and General Electric. As the Professor In-Charge of Advanced VLSI Design Laboratory, he also took the lead role in the formation of the AVLSI Consortium at IIT Kharagpur to increase collaboration between the industry and the academic community in the area of VLSI.

Dr. Patra received the Young Engineer Award of the Indian National Academy of Engineering in 1996 and the Young Teachers’ Career Award from the All India Council for Technical Education in 1995. He has been a Young Associate of the Indian Academy of Sciences during 1992-97. He is a member of IEEE (USA), Institution of Engineers (India) and a life member of the Systems Society of India.