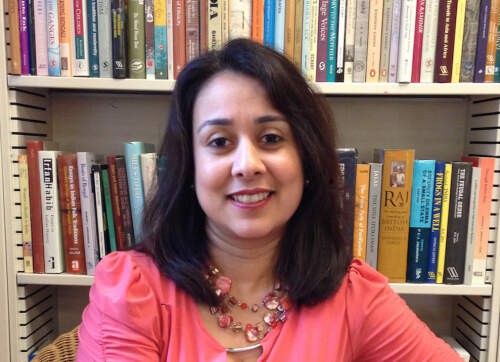 Dr. Sanchita Banerjee Saxena’s research interests focus on labor rights in global supply chains, policy networks and coalitions, and the role of interest groups in policy making. She is also the author of Made in Bangladesh, Cambodia, and Sri Lanka: The Labor Behind the Global Garments and Textiles Industries (Cambria Press, 2014). Dr. Saxena holds a PhD in political science from UCLA.

Dr. Sanchita Banerjee Saxena is the Executive Director of the Institute for South Asia Studies (Institute) at the University of California at Berkeley and the Director of the Subir and Malini Chowdhury Center for Bangladesh Studies under the Institute. She is the editor of Labor, Global Supply Chains, and the Garment Industry in South Asia: Bangladesh after Rana Plaza (Routledge, 2020) and the author of Made in Bangladesh, Cambodia, and Sri Lanka: The Labor Behind the Global Garments and Textiles Industries (Cambria Press, 2014). Her research interests focus on labor rights in global supply chains, policy networks and coalitions, and the role of interest groups in policy making. Prior to joining the Institute, she was the Assistant Director of Economic Programs at the Asia Foundation.

Dr. Saxena has taught courses in Political Economy, Comparative Politics, The Politics of Developing Countries, Doing Business in India, and the Politics of Economic Reform in Asia and Latin America at UC Berkeley, UC Davis, and the University of San Francisco. She has given invited lectures at several universities and institutions, including Georgetown University, Johns Hopkins University, Harvard University, the National University of Singapore, the London School of Economics, the United States International Trade Commission, the Center for Global Development, and the United Nations in Geneva. Her commentaries have been featured in the New York Times, Economic and Political Weekly, Thomson Reuters, The Daily Star, Globe and Mail and aired on Public Radio International, Voice of America, LinkTV, KPFA, and on the Institute for Human Rights and Business' annual Top 10 Business & Human Rights issues for 2018. Dr. Saxena holds a BA in English and sociology from UC Davis and a MA and PhD in political science from UCLA.

Labor rights in global supply chains, policy networks and coalitions, and the role of interest groups in policy making, politics of economic reform, the role of NGOs in development, local economic governance and decentralization, business climate improvements, and international trade 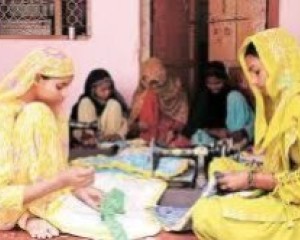 This blog post argues that we need to move beyond the workplace and into the community where the most vulnerable, informal garment workers live and work to really make a difference. To ensure that benefits reach them, we need to target the places, localized labor markets and communities that they are a part 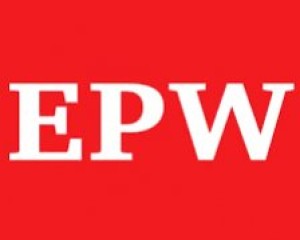 The April 2013 Rana Plaza collapse, which resulted in the death of more than 1,125 people working in garment factories in the building, drew widespread attention to hazardous labour conditions in the export garment-manufacturing industry in Bangladesh. Five years later, two international agreements signed in the aftermath of this tragedy, to monitor and inspect garment factories are analyzed.