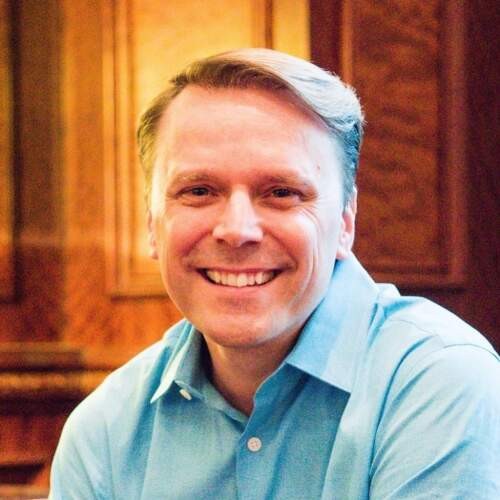 The Rev. Dr. Nathan C. Walker is executive director of 1791 Delegates, constitutional and human rights specialists named after the year the Bill of Rights was ratified. In this capacity, he serves as the managing director of The Foundation for Religious Literacy and founder of the online learning community, ReligionAndPublicLife.com. Walker currently teaches First Amendment law and human rights at Jeffer- son University and Rutgers Honors College.

The Rev. Dr. Nathan C. Walker is executive director of 1791 Delegates, constitutional and human rights specialists named after the year the Bill of Rights was ratified. In this capacity, he serves as the managing director of The Foundation for Religious Literacy.

Walker currently serves on the board of the Public Religion Research Institute, as an advisor to the Muslim Public Affairs Council, and as the associate editor of the peer-reviewed academic journal, Religion and Education.

Walker previously published four books including serving as co-editor with Michael D. Waggoner of The Oxford Handbook on Religion and American Education (Oxford University Press 2018) and co-edi- tor with Edwin J. Greenlee of Whose God Rules? Is the United States a Secular Nation or a Theolegal Democracy? (Palgrave Macmillan 2011).

He is the solo author of Cultivating Empathy: The Worth and Dignity of Every Person—Without Exception (Skinner House Books 2016) and Exorcising Preaching: Crafting Intellectually Honest Wor- ship (Chalice Press 2014).

Walker coauthored with Lyal S. Sunga the human rights policy report, Promoting and Protecting the Universal Right to Freedom of Religion or Belief through Law (International Development Law Organization 2014/2016), which was presented at the Human Rights Commission of the United Nations in Geneva, Switzerland.

Walker is a contributing author to Religion in American Education: A Legal Encyclopedia, edited by Charles J. Russo (Rowman & Littlefield 2019) and The Oxford Encyclopedia of Politics and Religion, edited by Paul A. Djupe, Mark J. Rozel, and Ted Jelen (Oxford University Press 2019).

He received his Master of Divinity degree from Union Theological Seminary, is an ordained Unitarian Universalist minister in final fellowship (i.e., tenured), and serves as the affiliated community minister for religion and public life at the Church of the Larger Fellowship. 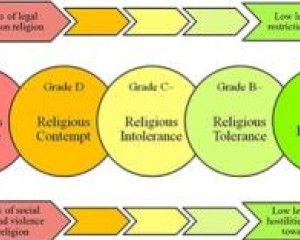 High levels of political and legal contempt for religion in the U.S. can be an indicator that partners in American democracy may be going through a divorce. By drawing upon studies that measure voter attitudes and behaviors, as well as research that tracks the levels of social hostilities and violence toward religion, students of democracy see into two of society’s most revealing mirrors: political rhetoric and the nation’s laws. 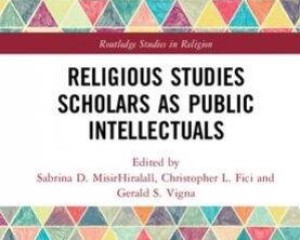 A Scholar’s Lament: Public Acts of Grief in a Nation of Religious Minorities

A legally literate person can understand that religious liberty is not a political wedge issue but a fundamental constitutional and human right that protects people of all religions and none. In the United States, the guarantee to freely exercise your religion along with the promise that governments will not establish a religion or privilege one religion over another serve as two principles for the one right known as religious freedom. 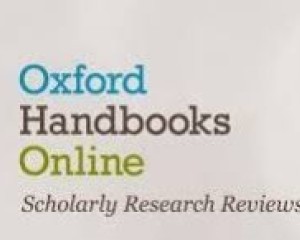 A Legal Approach to Questions about Religious Diversity

Academic legal research and the associated method of legal analysis can significantly enhance the study of religion. Scholars of American religions cite legal cases but often do not apply the necessary legal methods to ground their claims. For instance, in approaching questions about religious diversity, scholars may inadvertently work from an inaccurate legal definition of religion. 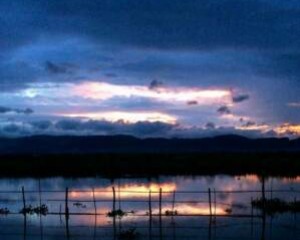 Freedom of Religion or Belief through Law: Current Dilemmas and Lessons Learned

The rule of law has often been used to suppress freedom of religion and discriminate against religious minorities. However, history shows that the rule of law can be effectively used to promote mutual understanding of one another’s differences. The report promotes legal frameworks that transcend the mere tolerance of religious difference toward the active promotion of peaceful co-existence.