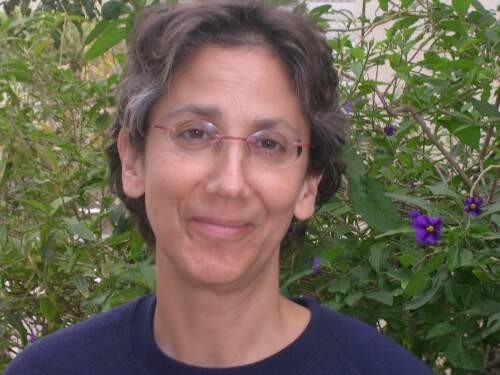 Dr. Kim Treiger-Bar-Am is a legal academic in Israel. Her education began at Yale University in philosophy and then law, with masters and doctoral studies in law at the University of Oxford. Her main research and teaching interests extend to the juncture between speech rights and rights of authors and artists under copyright, as well as areas in Jewish thought. Treiger-Bar-Am has published widely and lectured in the United States, Israel, Denmark and England.

I am a legal academic in Israel. My passions have taken me from philosophy to law, and the combination of them both. In my education I explored these areas (B.A, Yale 1985; J.D., Yale 1989; M.Jur. & D.Phil., Oxford 1998 & 2006). Since my immigration to Israel, I have extended my studies in philosophy to Jewish thought, examining the links between Jewish thought and law, as well as the analogies between principles in Jewish tradition and Continental philosophy.  Throughout my studies, I have been engrossed with art and feminist theory. My book has enabled me to engage in wondrous ideas, and to address concerns in each of these areas.
I hope to have shown in this book that Jewish thought may be considered alongside the theories of Immanuel Kant. Also, I aim for it to send the clear message that morality is not a metaphysical element to be left to philosophers, but raises relevant considerations for our lives. On a moral view, respect is an important part of our freedom. Our being free means that we are able to determine morality, and at the heart of morality is the respect we are to show to others.  Freedom means the obligation of respect. In law, rights mean duties of respect.
My research and teaching mainly engage free speech theory and doctrine, and the juncture between speech rights and rights of authors and artists under copyright. Whether copyright doctrine functions in the digital age is a central focus of inquiry.
Through feminist theory I investigate freedom and relation, as well as tolerance and pluralism.  In Jewish thought, I study and write on free will and choice, as well as “tikkun olam” – the repair of the world.
I have published widely and lectured in the United States, Israel, Denmark and England. I live in northern Israel with my husband and daughters.

Tikkun of the Self, in JEWISH THOUGHT AND SPIRITUALITY: TIKKUN OLAM (Mesorah Matrix, 2019)

The Moral Right of Integrity: A Freedom of Expression, in FIONA MACMILLAN (ED.), NEW DIRECTIONS IN COPYRIGHT vol. 2 (Edward Elgar 2006)

Adaptations with Integrity, in HELLE PORSDAM (ED.), COPYRIGHT AND OTHER FAIRY TALES: HANS CHRISTIAN ANDERSEN AND THE COMMODIFICATION OF COPYRIGHT (Edward Elgar 2006)

Christo’s Gates and the Meaning of Art: Lessons for the Law [2005] EUROPEAN INTELLECTUAL PROPERTY REVIEW 389

Revitalizing Public Interest Law in the 1990’s: The Story of One Effort to Address the Problem of Homelessness, 34 HOWARD L. J. 91 (1991)(co-authored)