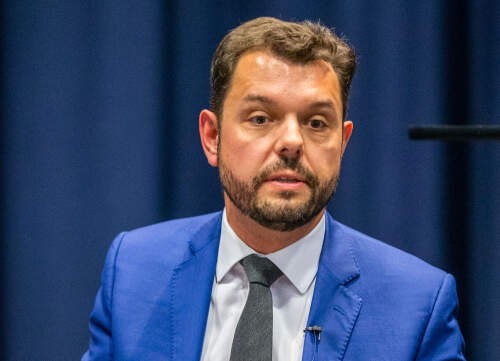 Thibault Muzergues currently works as Europe Program Director at the International Republican Institute. With 20 years experience working with political parties and leaders in Europe, he is an astute observer of the continent's evolving politics, and writes regularly (mostly on major French news outlets) about political developments in Europe and the Transatlantic space. He tweets at @tmuzergues

Thibault Muzergues has been working at the International Republican Institute since 2011, and currently serves as its Europe Program Director, working with political parties to preserve and promote democracy around the continent. Prior to his work at IRI, Thibault was for 5 years a fundraiser and direct marketing consultant to France’s leading party UMP and Nicolas Sarkozy; in this position he pioneered online fundraising in the 2007 French presidential elections and introduced new marketing techniques in French politics, mostly inspired from the American marketing experience. He started his career in London, United Kingdom, where he served as advisor to the British Conservatives, both at regional and local levels.

As part of his work at IRI, Thibault has been traveling around Europe for almost 10 years, engaging with political parties and leaders about how politics and electoral landscapes are evolving in Europe and North America. He is the author of The Great Class Shift : How Four Social Tribes Are Redefining Western Politics (Routledge, 2019). Thibault is a regular contributor to France’s major newspapers (Le Monde, Le Figaro, Libération, Marianne, etc.), as well as English and Spanish-language media.

Thibault graduated from the London School of Economics and Sciences-Po Paris and is originally from the South West of France. Apart from English and French, he speaks fluent Russian, Italian and Spanish, as well as basic Slovak and German. He tweets at @tmuzergues