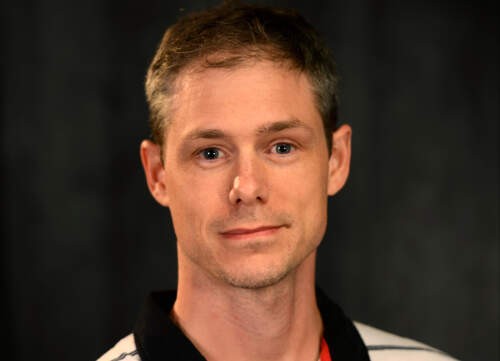 Tucker McElroy is a researcher at the US Census Bureau, where he has contributed to developing time series research and software for the last 16 years. He has published more than 80 papers on topics such as seasonal adjustment, signal extraction, and model diagnostics. He has taught at American University and George Mason University, and received the 2011 Arthur S. Flemming award. He is also the developer of the Ecce Signum time series software.

Tucker McElroy graduated in 1996 from Columbia College, majoring in mathematics.  He then studied at the mathematics department of the University of California San Diego, receiving a PhD in 2001 (under advisor Dimitris Politis) with a thesis in time series analysis exploring the intersection of heavy-tailed distributions and long range dependence.  The next two years Tucker was a faculty fellow at UCSD, and during this postdoc continued his thesis research.  In 2003 he joined the time series research group at the US Census Bureau, working directly under David Findley.  Initially he worked on projects that supported the X-12-ARIMA software of USCB, and was promoted to principal researcher in 2008.  After David Findley's retirement in 2009, Tucker shared leadership of the group, and published a series of papers soon thereafter that laid the foundations for multivariate signal extraction, and the accompanying Ecce Signum software.  During this time, Tucker continued publishing research articles with Dimitris Politis, and in 2012 they began writing a textbook: "Time Series: a first course with bootstrap sampler," which was published in 2019.  In 2017 he was promoted to a Senior Technical position, and continued to set the research agenda for time series at USCB.  Also, from 2015 through 2018 he served as an adjunct professor for both American University and George Mason University, teaching econometrics and time series.  Tucker has been married since 2001, and enjoys spending time with his pets (two cats and one dog), writing poetry sagas, and practicing muay thai.