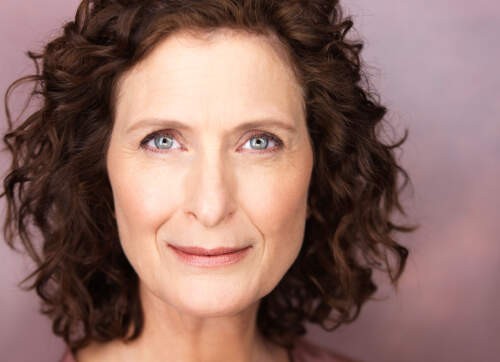 Julie is an actress, director, audiobook narrator and Associate Professor of BFA Acting at Pace University, the School of Performing Arts in New York City. She received her MFA from the Yale School of Drama and her BA from the UCLA Dept. of Theatre, Film, and Television. This is her first publication.

Julie is an actress, director, audiobook narrator and Associate Professor of BFA Acting at the Pace School of Performing Arts, Pace University, NYC.  She received her MFA from the Yale School of Drama and her BA from the UCLA Dept. of Theatre, Film, and Television. Film and TV credits include THE LAST, CONCUSSION (Sundance 2013, 2014 GLAAD Media Award), HAPPY YUMMY CHICKEN, CHOSEN (short), MADAM SECRETARY, LAW & ORDER–SVU, LAW & ORDER–CI, KIDNAPPED, SIX DEGREES, THIRD WATCH, and BULL (pilot). Directing credits include Eurydice, As You Like It and The Importance of Being Earnest (Pace), The Seagull, As You Like It, Pretty Theft, and The Vagina Monologues (Montclair State U).  Julie has appeared Off and Off-Off-Broadway with En Garde Arts, at La Mama E.T.C., HB Playwrights Studio, the Vineyard Theatre, the Ontological Theater, Soho Repertory Theatre, and HERE.  Regionally she has worked at the Yale Repertory Theatre, Denver Center Theater Co., Old Globe Theatre, City Theater Co., Hudson Valley Shakespeare Festival, The Hollywood Bowl and Royce Hall UCLA. Julie hosted her podcast called FainTalk available on SoundCloud and produced by Shrink Wrap Media. She has performed in over a dozen Shakespearean plays. One-Hour Shakespeare is Julie’s first publication.

Advanced Scene Study with the works of Chekhov, Ibsen, Shakespeare, and Jacobean dramas.