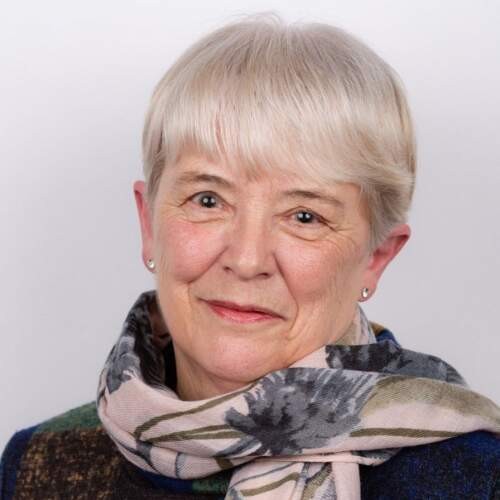 Hilary is a sociologist. Her early research (1970s) concerned British women scientists in academia. Subsequently her interest has expanded to encompass gendered power and economics, particularly regarding life chances and health. Since the Millennium Hilary has particularly focused on female genital mutilation (FGM) and other traditional/contemporary gendered harmful practices (HTPs). A qualified teacher, Hilary is committed to sharing ideas and strategies to #EndFGM as widely as possible

Hilary Burrage lives in London.  She is a sociologist with a long career in the course of which she has been a college teacher, researcher, consultant and director in and of a range organisations which focus on health and social care, development, sustainability and social policy.

Hilary brings a feminist focus to her work, believing it is always critical to examine the underlying power / economic factors which constrain and shape women and men's experiences.  She is however always also aware that the felt reality of matters 'on the ground' may be very different for those immediately involved, than they appear to be for third party observers.

Hilary values greatly the connections and collaborations with colleagues in many parts of the world which her research and writing has enabled her to establish.  We all still have much to learn about FGM and other harmful practices; there is as yet no fully established paradigm via which our findings and perceptions can be shared between activists, observers and professionals from various different vantage points.

Hilary's publications for Routledge are the book
Eradicating Female Genital Mutilation (2015)
and a chapter on FGM in the
Routledge International Handbook of Women's Sexual and Reproductive Health (eds. Ussher, Christler and Perz, 2019)

All books and chapters by Hilary Burrage:
https://northwestern.academia.edu/HilaryBurrage/Books

Hilary Burrage was FGM (female genital mutilation) Consultant to The Guardian newspaper when it led the campaign in the mid-2010s to establish that children in UK schools must learn about FGM and how to avoid / stop it.  Since that successful campaign she has been an Advisor to the organisation which arose from this work, the Global (previously Guardian) Media Campaign to End FGM.

Early in her academic career, Hilary was an American Field Service scholar, spending a year studying in Arizona.  She has visited the USA many times since, and in 2016 she was honoured in Washington DC with an Award from the Global Woman P.E.A.C.E. Foundation for her two books on female genital mutilation - Eradicating Female Genital Mutilation (Routledge, 2015) and Female Mutilation (New Holland Publications, 2016).

In 2019 Hilary was pleased also to provide a chapter on FGM and related issues for the Routledge International Handbook of Women's Sexual and Reproductive Health (eds: Jane Ussher, Joan Chrisler and Janette Perz).

Hilary has held a Ministerial Appointment as a Member of the UK Government DEFRA Science Advisory Council
and she was in the 'noughties' appointed
Vice-Chair of the NW of England Sustainability Group (advising the NW Development Agency and Regional Assembly).

She has also held an appointment as a Non-Executive Director of an NHS Trust, with particular responsibility for human resources and for children and vulnerable adults.

Hilary's other professional experience has included a post as Research Associate in the University of Liverpool School of Medicine and teaching roles with the Open University and the UK Government Homes and Communities Agency.

Hilary Burrage is a Fellow of the Royal Society of Arts (FRSA) and a member of the Society of Authors.

Hilary has been Hon. Chair of several not-for-profit organisations (NGOs) including

HOPES: The Hope Street Association (which over 15 or so years initiated and led the regeneration / renewal of the Hope Street Quarter in Liverpool)
and
The Samuel Coleridge-Taylor Foundation (working to celebrate and bring to public attention the music of Britain's foremost Black classical composer)

and she was an elected Non-Executive Director of
The British Urban Regeneration Association (BURA), for which she was diversity champion.