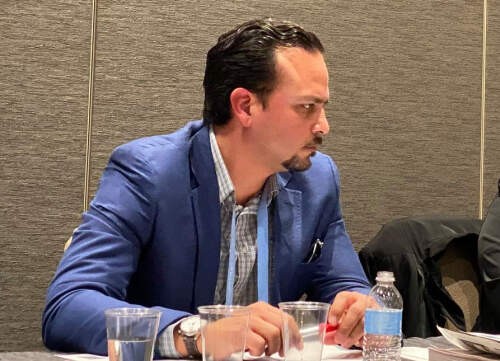 As a biblical scholar, Dr. Cuellar is interested in alternative ways of reading the biblical text, in particular those that are rooted in a larger contrapuntal discourse of liberation. He has written on topics related to the U.S. Mexico Borderlands, Latino/a immigration, race, and empire. A major focal point in his research lies at intersections of religion, migratory aesthetics, borderlands and postcolonial trauma.

Dr. Cuéllar is an interdisciplinary and international biblical scholar. Prior to his current teaching position, he was Curator of Rare Books and Manuscripts and the Colonial Mexican Imprint Collection at Cushing Memorial Library and Archives at Texas A&M University. His teaching experience reflects a strong commitment to ecumenical engagement—having taught courses at Brite Divinity School at Texas Christian University, Perkins School of Theology at Southern Methodist University, Hispanic Summer Program, and Seminario Metodista Juan Wesley in Monterrey, Mexico. Professor Cuéllar is a three-time grant fellow of the Hispanic Theological Initiative and 2012-2013 Junior Scholar Grant recipient of the Southwest Commission on Religious Studies.

Dr. Cuéllar has presented papers at conferences in Spain, Mexico, South America, England, and Ireland.  He is author of Voices of Marginality: Exile and Return in Second Isaiah 40-55 and the Mexican Immigrant Experience (Peter Lang Publishing, 2008); as well as numerous journal articles and book chapters. His most recent book, Empire, the British Museum, and the Making of the Biblical Scholar in the Nineteenth Century, was published in 2019 by Palgrave Press. He is working on another: Resacralizing the Other at the US-Mexico Border: A Borderland Hermeneutic which will be published by Routledge Press in spring 2020.

As a biblical scholar, he is interested in alternative ways of reading the biblical text, in particular those that are rooted in a broader contrapuntal position of liberation. He has written on topics related to the U.S. Mexico borderlands, Latino/a immigration, race, and empire. Within the parameters of postcolonial theory, migration studies, museum studies, and various types of advocacy criticism, his biblical research seeks to expose the nefarious forms of power in Western hermeneutical and epistemological regimes.

At the juxtaposition of his interest in art and immigrant advocacy, he is also currently working on an art-based social action project called, Arte de Lágrimas: Refugee Artwork Project. 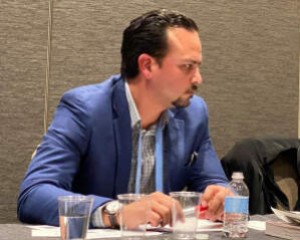 Deportation as a sacrament of the state: the religious instruction of contracted chaplains in U.S. detention facilities

From a meta-narrative vantage point, the concentrated flows of asylum seekers from Central America to the United States have spawned a new era of detention and deportation religiosity. Amid the amorphous complexity of the present U.S. immigration context, religion can be found at the intersections of the coercive arm of the state and the private-detention industry.