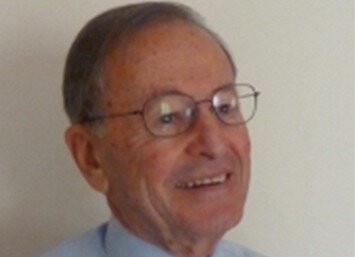 Sergio Pizzini is a retired full professor of Physical Chemistry, author of more than 250 papers published in international journals and of five books, addressed at semiconductor science and technology. His primary expertise is on physical chemistry of elemental and compound semiconductors. He served until his retirement the University of Milano-Bicocca, of which is still an active collaborator, as teacher, researcher and head of a PhD School.

Sergio Pizzini, got his doctor degree in Chemistry in the year 1958 and his PhD degree in 1966.
After a 10 years period of research at the Joint Research Centre of Euratom (Ispra and Petten), he joined the University of Milano in 1969 as  Associated professor of  Physical Chemistry of solids.
From 1975 to 1980 he was also charged of the position of Director of the Department of Materials at the Corporate  Research Centre of Montedison, with 60 staff members among researchers and technicians.
Since 1980 to 1982 he was, also,  CEO of Heliosil, a Research Company addressed at the development of a new process for solar silicon.
Since 1994 he was full professor of Physical Chemistry of Materials for the Degree of Materials Sciences at the Faculty of Sciences of  the University of Milano-Bicocca. From november 1998, he was also   the  Rector’s delegate for the International Affairs of  the University of Milano-Bicocca.
Since November 2008 he is a retired professor, but he is still associated to the University
In his carrier has been charged twice by the UNO as consultant for post-graduate formation activities in the field of microelectronic processes in  Central and South- America (Cuba and Argentina) and he is the inventor of the crystal growth process for casting large polycrystalline silicon ingots now in use overall Europe.
His recent research activities spanned from the study of silicon and silicon surfaces for microelectronic and photovoltaic uses to the study of defect interactions in silicon and the defect properties of silicon carbide.

Sergio Pizzini is author of more than 250 technical papers published in international Journals with peer review and he is by himself reviewer for the American Physical Society and the Electrochemical Society.   He authored or co-authored four books and  he was chairman or co-chairman of several International Symposia, with the last in Europe with the EMRS Conferences 2008, 20012 and 2014. He will be the Editor of the Proceedings of the 2016 EMRS symposium on Silicon and Germanium semiconductors.