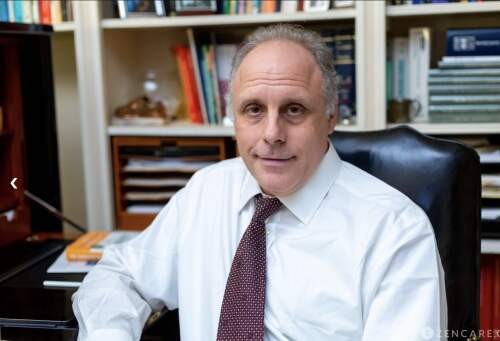 I am interested in treating conditions such as anxiety and depression, and on eplaining to a wider audience how psychiatrists actually think during a treatment sesion. Over the past several months, I have been interested in demonstrating the role of psychiatry during the pandemic. In this latter regard, I have been a regular contributor to Psychology Today.

Dr. Ahron Friedberg is Clinical Professor in Psychiatry at Mount Sinai Icahn School of Medicine and Editor of the Academy Forum, a leading professional journal, as well as Book Editor of Psychodynamic Psychiatry. He practices as a psychiatrist and psychoanalyst in Manhattan.

At Mount Sinai Dr. Friedberg served as Co-chair of the Psychiatry Advisory Board and has developed and led several academic and teaching initiatives including their Innovations in Psychiatry Symposium. Dr. Friedberg also directs the Symposium, a national meeting held annually at Mount Sinai. He participates in clinical research as part of the Department’s Mood and Anxiety Program, which focuses on relevant translational neuroscience and understanding mechanisms of resilience.

Dr. Friedberg has published in several peer-reviewed journals such as The Psychoanalytic Review, The American Journal of Psychoanalysis, Neuropsychoanalysis, and Psychodynamic Psychiatry. He also serves on the Editorial Board of Psychodynamic Psychiatry. His professional writings focus on the treatment of anxiety and trauma, clinical technique, and concepts such as resilience, consciousness and desire in psychoanalysis. They are noted to reflect clinical excellence as well as originality and scholarship.

His works for a lay audience include Flashing Seven: Seven Essential Skills for Living and Leading, which he co-authored with Dr. Jack Hirschowitz, a Clinical Professor at Mount Sinai, and Between Us: A Father and Son Speak, which he co-authored with his father, Dr. Eugene Friedberg. He is the author of the forthcoming Talk Therapy and Personal Change: Two Minds in a Mirror, with Dr. Sandra Sherman. He has appeared as a cultural expert on CNN and Fox 5 and been cited by the Wall Street Journal. He won the prestigious Freud Award of the American Society of Psychoanalytic Physicians (2017) and was selected for Who’s Who in America. He is also a published poet.

Treatment of anxiety and trauma, clinical technique, and concepts such as resilience, consciousness and desire in psychoanalysis.