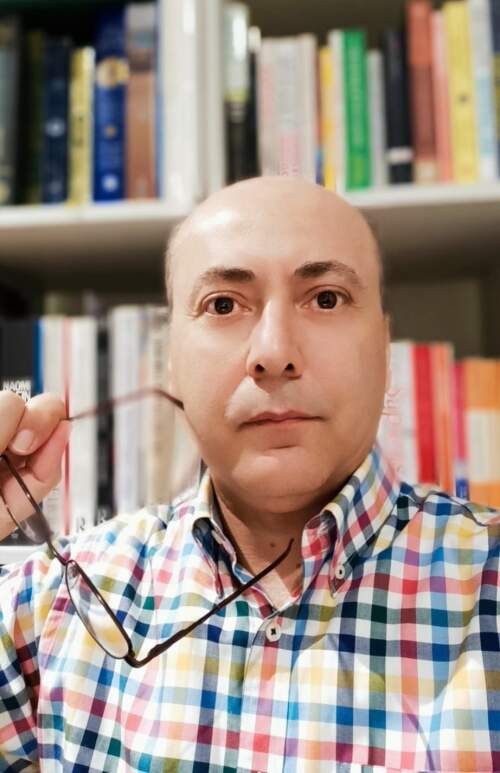 Dr
The University of Newcastle

S. A. Hamed Hosseini, Ph.D. in "Sociology and Global Studies" from the Australian National University (ANU), is a Senior Lecturer at The University of Newcastle, Australia. Dr. Hosseini is the founder and principal investigator of UON Alternative Futures Research Network (AFRN), Co-founder of a Community Project (NENA Newcastle/Hunter Hub), Co-founder and chief editor of Common Alternatives initiative.

S. A. Hamed Hosseini, Ph.D. in "Sociology and Global Studies" from the Australian National University (ANU), is a Senior Lecturer and Faculty Associated Researcher at The University of Newcastle, Australia. He has conducted mixed-method (quantitative-qualitative) interdisciplinary research on Collective Cognition and Social Closed/Open-mindedness, Global Justice Movements, Post-capitalist meta-ideologies, and the Political Identity of young Muslims and Muslims' Joblessness in Australia.

As an expert in advanced quantitative social research and large data analyses, he has developed and measured new Composite Indicators in sociology such as "Critical Open-mindedness" and "Social Well-living" (as an alternative to the Eurocentric notions of "well-being").

Dr. Hosseini is the founder and principal investigator of UON Alternative Futures Research Network (AFRN), Co-founder of a Community Project (NENA Newcastle/Hunter Hub), Co-founder and chief editor of Common Alternatives initiative, a leading international team/website engaged in studying post-neoliberal, post-capital, post-carbon, progressive alternatives. A growing number of post-graduate and undergraduate students cooperate with him by contributing to the initiative to promote public awareness of post-capitalist ideas.

As a political and economic sociologist, Hosseini's main field of research is shaped around the social impacts of capitalist globalization (on health, education, environment, democracy, and social inequalities) as well as the recent progressive responses to global crises (i.e. the post-capitalist alternative praxes). Hosseini's studies particularly focus on the relationships between ideas, identities, social practices, and their changing socioeconomic structures including the new technological advancements.

He has successfully established an international, cross-disciplinary network consisting of several internationally distinguished scholars from Australia, Europe, and North America, and cooperatively led a series of research applications since 2016. He has introduced new concepts, theories, and methodological approaches to the international literature in this field. Among these are: (1) the construction of new notions such as, “accommodative consciousness” (2006), “con-structuralism” (2006), “dissident knowledge” (2009), “accommodative justice” (2010), “transversal cosmopolitanism” (2013 and 2015), “meta-ideologies” (2013, 2015), "social well-living" (2018), "eco-commonism", and “critical open-mindedness” (2015); and (2) the development of new analytical models and approaches such as “Sociology of Dissident/Activist Knowledge” (2010, 2011), “cognitive discourse analysis” (2011), and an integrative framework for studying rival alternatives to capitalism. His published interdisciplinary works speak widely to policy analysts (specialized in ethnic relations, migration and employment inequalities, global crisis management, and youth de/politicization), political activists, and social theorists (2013, 2015).

He has won research grants including the 2010 Bilateral Grant from the Academy of Social Sciences in Australia, and was Chief Investigator in a project fully funded by the Australian Department of Immigration and Citizenship: "Job Readiness of Muslim Job-seekers in the Relative Effectiveness of Employment Support Services in Australia," in partnership with UON's Centre of Full Employment and Equity.

Dr. Hosseini's research experience, his integrative theoretical approach, and his Middle Eastern background play a significant role in research projects concerned with ethnicity, social disparities, and marginalization. He is familiar with many Islamic cultural terms and ideas (Hosseini 1998, 2000a, 2000b). While his cultural-experiential background enhances cultural sensitivity, his sociological background is important in the current context of rising racist/populist right-wing politics, bigotry, and Islamophobia. Some of his works speak to policy analysts, politicians, activists, and social researchers.

Dr. Hosseini is a polymath. His top three Research Highlights are as follows:

Social Movements, (Cyber) Activism, Protests, and Revolutions in 21st Century; with stress on the role of new communication technologies, social media, and the youth;

Corporatization, Commercialization and Technocratic Automation of Higher Education: Impacts on academic labor and well-being, students learning and well-being, and quality of education;

Recommended Ph.D. research project on “Progressive Voices in Islamic Theology in the (Post-)Secular /post-Colonial Society of 21stCentury”– under the Jointly Awarded Research Degree (JADD): a jointly awarded Ph.D. degree by the University of Newcastle (UON) and University Putra Malaysia (UPM). If you are eligible to apply for the JADD program and interested in this topic, please contact Dr. S A Hamed Hosseini to discuss your project proposal/ideas and supervision. Please read more about this research topic here.