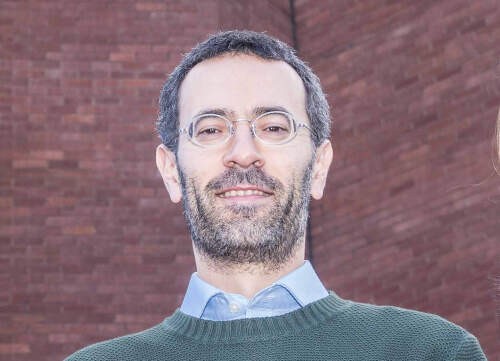 Oscar Odena works at the School of Education and the School of Interdisciplinary Studies, University of Glasgow, UK. Previously he worked at universities in Spain, England and Northern Ireland. His areas of expertise comprise music education, creativity, qualitative research, social inclusion and professional learning. Publications number over 70 peer-reviewed articles and chapters, and three books.

Oscar joined the University of Glasgow (UofG) in 2013. His research expertise combines music education, creativity, professional learning and qualitative enquiry, with a focus on how music and creativity can be used as a tool for social inclusion. In the early 2000s, he researched music teachers’ perceptions of creativity in England, funded by the Catalan Government. Since 2007, with grants from Bernard van Leer, UofG and ESRC, he has carried out extensive fieldwork on the uses of music to alleviate tensions in post-conflict Northern Ireland and to integrate newly arrived children in Scotland. He has applied social psychology theories to investigate the transformative potential of the arts, stimulating debate about effective practice around content, frequency and continuity. More recently, in collaboration with Colombian and Spanish researchers, he has developed a methodology to study a music program for social reconstruction in Colombia. He has published about these topics in journals such as Psychology of Music, British Educational Research Journal and International Journal of Social Research Methodology. His edited book Musical Creativity was published by Ashgate in 2012, and his monograph, Musical Creativity Revisited: Educational Foundations, Practices and Research was published by Routledge in 2018. He is the Principal Investigator of three projects on the role of performing arts for peace education in conflict, supported by AHRC, RSE and SFC.

Before coming to Glasgow, and after graduating from UCL with a PhD in Education, he worked in initial teacher education in Spain. In 2006, he took up a postdoctoral position at Queen’s University Belfast, teaching postgraduate courses on music psychology and reflective practice, and working on funded education research including by the TLRP ESRC. In 2009, he became a Senior Lecturer in Research Methods at the U. of Brighton, where he worked on the transnational Master’s program at the Mauritius Institute of Education, and in 2010 became a Reader at the U. of Hertfordshire, where he directed the Doctorate in Education. Over the years, he has developed expertise in international development, having worked in Africa for research initiatives on ethnic divisions and international education funded by Atlantic Philanthropies and British Council.

Oscar is past Co-Chair of the Research Commission of the International Society for Music Education and serves on the boards of four leading subject and methodological journals, including the International Journal of Social Research Methodology. At Glasgow, he is past Director of Postgraduate Research in Education (2013-2016) and Deputy Director of Research (Interdisciplinary Studies). He serves in the review colleges of the UK Arts and Humanities Research Council, Newton Fund and Irish Research Council.

His full web profile is available at https://www.gla.ac.uk/schools/education/staff/oscarodena/