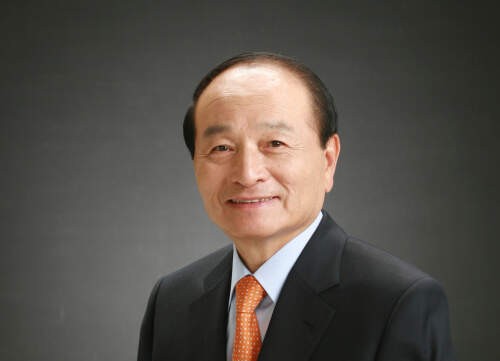 Dr. Myung Oh is widely considered to be “the godfather of Korea’s IT revolution.”  During eight years of service as vice minister (1981-1987) and minister of communications (1987-1988) he laid the groundwork for the nation’s information and communications revolution.  His leadership continued over the years as he became the only person to hold ministerial appointments under four different presidential administrations in Korea.

Dr. Oh’s leadership was not limited to government, as shown in the following outline of his education and career. He led the Taejon International Exposition which was successfully held in 1993 and also served in leadership positions with private sector corporations, the media and academia.  After the turn of the millennium he served as president of both Ajou University and Konkuk University, after which he became Chairman of the board of directors of the Korea Advanced Institute for Science and Technology.

In 2009 Dr. Oh published a Korean language book entitled Dream of Korea Three Decades from Now.  In it he wrote “ Sometimes I feel like a lucky man because I was born during the nation’s most challenging era.  There were a lot of opportunities and challenges that I had to tackle and I was lucky to play a central role in making the country a better place to live.  The future Korea will face countless challenges and opportunities as well.”

A major theme of Dr. Oh’s efforts over the years was the central role of telecommunications and digital development for Korea. Throughout the 1980s he was a tireless proponent of the coming information society, taking every opportunity to speak on this topic and consult with other leaders in industry, government and the academic world.   The revolutionary developments of the 1980s established the institutions, policies and technologies that would drive Korea’s ICT-led development through the early decades of the 21st century, in no small measure owing to Dr. Oh’s leadership and vision.

In 2017 Dr. Oh became the first individual to be inaugurated into Stony Brook University’s College of Engineering and Applied Sciences “Hall of Fame.”

College of Engineering and Applied Sciences “Hall of Fame.”