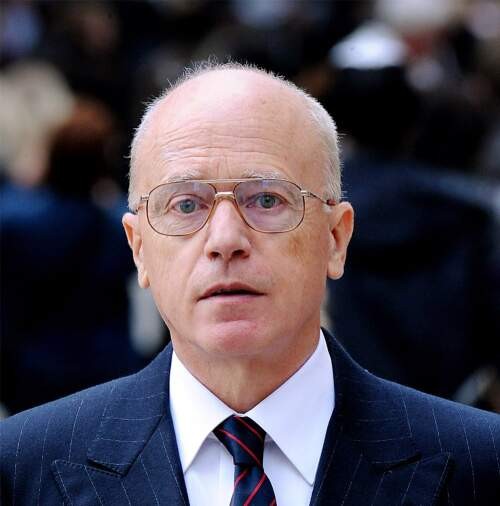 Hans Köchler is University Professor emeritus of Philosophy, member of the University Council of the University of Digital Science (Berlin), Faculty member of the Academy for Cultural Diplomacy, and President of the International Progress Organization (I.P.O.), a Vienna-based NGO in consultative status with the United Nations. His fields of research include political and legal philosophy, international relations, conflict resolution, cultural hermeneutics and intercultural dialogue.

Hans Köchler was born on October 18, 1948 in the town of Schwaz, Tyrol, Austria. He graduated at the University of Innsbruck (Austria) with a doctor degree  in philosophy (Dr. phil.) with highest honours (sub auspiciis praesidentis rei publicae). From 1982 until 2014 he was University Professor of Philosophy (with special emphasis on Political Philosophy and Philosophical Anthropology). He holds honorary doctor degrees from the Mindanao State University (Philippines) and from the Armenian State Pedagogical University, and an Honorary Professorship in Philosophy from Pamukkale University (Turkey). From 1990 until 2008 he served as Chairman of the Department of Philosophy at the University of Innsbruck. At his University, Professor Köchler also served as Chairman of the Arbeitsgemeinschaft für Wissenschaft und Politik (Working Group for Sciences and Politics) from 1971 until 2014. From 1974 until 1988 he was Member of the Board of Österreichisches College (Austrian College Society, Vienna) and member of the Program Committee of European Forum Alpbach. In 1998 he was Visiting Professor at the University of Malaya in Kuala Lumpur (Malaysia). In 2004, he was appointed as Visiting Professorial Lecturer at the Polytechnic University of the Philippines, Manila. Following his election as Life Fellow in 2006, he was elected as Co-President of the International Academy for Philosophy in 2010. In 2018, he joined the Faculty of the Academy for Cultural Diplomacy in Berlin, Germany, and in 2019 he was appointed as Member of the University Council of the University of Digital Science (Berlin).

Köchler is the Founder and President (since 1972) of the International Progress Organization (I.P.O.), an international non-governmental organization (NGO) in consultative status with the United Nations and with a membership in over 70 countries, representing all continents. He was the founder and Secretary-General (1973-1977) of Euregio Alpina, a transnational planning group for the Alpine region, predecessor of the concept of the "Euro Regions" in the framework of the European Union. During the 1970s and 1980s Köchler participated in the international phenomenological movement and organized several conferences and colloquia on the phenomenology of the life-world; he was the organizer of the Eighth International Phenomenological Conference in Salzburg (1980), and is the co-founder of the Austrian Society of Phenomenology. During the 1970s, he co-operated with Cardinal Karol Wojtyła of Krakow, later to become Pope John Paul II, within the framework of the International Society for Phenomenology. He published the first comment articles on the future Pope’s anthropological conception.

He served in several committees and expert groups dealing with issues of international democracy, human rights and development such as the Research Network on Transnational Democracy sponsored by the European Commission (1994-1996); the Council of Europe's Expert Group on Democratic Citizenship (1998-2000); the Board of the NGO Committee on Development at the United Nations Center in Vienna (1994-); the Council of Europe's Expert Group on Democratic Citizenship (1998-2000); the Advisory Board of the Center for Balanced Development, USA (1999-2002); the International Advisory Council of the Committee for a Democratic United Nations, Germany (2003-2008); the Asia-Europe Foundation’s expert meeting on Cultural, Religious and Social Conceptions of Justice in Asia & Europe (Singapore, 2004); the International Advisory Board of the "Youth for the Alliance of Civilizations" Initiative, established by the Islamic Conference Youth Forum for Dialogue and Cooperation (2007-); the Award Committee of the "Global Dialogue Prize" (Denmark) (2009).

Köchler’s publication list contains more than 500 books, reports and scholarly articles in several languages (Albanian, Arabic, Armenian, Chinese, Dutch, English, French, German, Icelandic, Italian, Japanese, Korean, Persian, Russian, Serbo-Croat, Slovak, Spanish, Thai, Turkish). He is the general editor of the Studies in International Relations (Vienna). His publications deal with issues of phenomenology, existential philosophy, anthropology, human rights, philosophy of law, theory of international law, international criminal law, United Nations reform, theory of democracy, etc. Among his major works are:  "Skepsis und Gesellschaftskritik im Denken Martin Heideggers" (Skepticism and Social Critique in the Thought of Martin Heidegger), 1978; "Phenomenological Realism," 1986; "Philosophie – Recht – Politik" (Philosophy  –  Law – Politics), 1985; "The Voting Procedure in the United Nations Security Council," 1991; "Democracy and the International Rule of Law," 1995; "Neue Wege der Demokratie" (New Avenues of Democracy), 1998; "Humanitarian Intervention in the Context of Modern Power Politics," 2001; "Global Justice or Global Revenge? International Criminal Law at the Crossroads," 2003. Professor Köchler is the editor of volumes such as "The Crisis of Representative Democracy," 1987; "Terrorism and National Liberation," 1988; "The United Nations and International Democracy," 1995; "Transplantationsmedizin und personale Identität" (Transplantation Medicine and Personal Identity), 2001; "Human and Peoples' Rights – Asia and the World," 2002; "The Iraq Crisis and the United Nations," 2004; "The Use of Force in International Relations," 2006. He is the organizer of major international conferences in the fields of democracy, human rights, terrorism, and conflict resolution, among them the "International Conference on the Question of Terrorism" in Geneva (1987) and the "Second International Conference On A More Democratic United Nations" (CAMDUN-2) at the Vienna headquarters of the United Nations (1991). In 1996 he acted as Chairman of the final session and co-ordinator of the Drafting Committee of the "International Conference on Democracy and Terrorism" in New Delhi. In March 2002 he delivered the Fourteenth Centenary Lecture at the Supreme Court of the Philippines on "The United Nations, the International Rule of Law and Terrorism." On 1 September 2004 he delivered the Foundation Day Speech at Mindanao State University, Islamic City of Marawi, on "The Dialogue of Civilizations and the Future of World Order."

Through his research and international activities, Professor Köchler made major contributions to the debate on international democracy and United Nations reform, in particular reform of the Security Council. This was acknowledged by international figures such as the German Foreign Minister Klaus Kinkel. In 1985, Professor Köchler organized the first major colloquium on "Democracy in International Relations" on the occasion of the 40th anniversary of the United Nations in New York. With Irish Nobel Laureate Seán MacBride he initiated the Appeal by Lawyers against Nuclear War, which set in motion an international campaign that eventually led to a General Assembly resolution and the issuing of an advisory opinion by the International Court of Justice. As President of the I.P.O., he dealt with the humanitarian issues of the exchange of prisoners of war between Iran and Iraq and with the issue of Kuwaiti POWs and missing people in Iraq. Since 1972, UN Secretaries-General in their statements subsequently acknowledged Professor Köchler’s contributions to international peace. In April 2000, Secretary-General Kofi Annan appointed Professor Köchler as international observer at the Scottish Court in the Netherlands (Lockerbie Trial). In the framework of his international activities, he co-operated with numerous international figures such as the Founder President of Senegal, Léopold Sédar Senghor, and the Indian novelist Mulk Raj Anand on the issue of civilizational dialogue; Crown Prince Hassan of Jordan and Cardinal Franz König of Austria on Islamic-Christian understanding; Indian President Gyani Zail Singh on issues of international peace; and the Chief Justice of the Supreme Court of the Philippines, Hilario G. Davide, Jr., on matters of international criminal justice.

Professor Köchler is the recipient of numerous honours and awards such as the badge of honour of the Austrian College Society (Österreichisches College); the award "Apostle of International Understanding" (Unity International Foundation, India); the Honorary Medal of the International Peace Bureau (Geneva); the Honorary Medal of the Polytechnic University of the Philippines (Manila); the Royal Datoship of the Sultanate of Marawi (Muslim Mindanao); the Medal of David the Invincible (Armenian Philosophical Academy); and the Gusi Peace Prize. On 18 October 2003 the Hans Koechler Political and Philosophical Society was established in the Philippines. On 1 September 2004 the Hans Koechler Center for Civilizational Dialogue was announced at Mindanao State University. 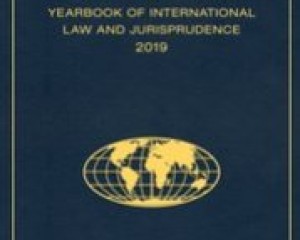 The Dual Face of Sovereignty: Contradictions of Coercion in International Law

The article explores the dialectic of power and law as exemplified in the ambiguous status of sovereignty, in particular in the Charter and practice of the United Nations Organization. One of the main challenges for the rule of law, whether domestic or international, is how to enforce legal norms without privileging the enforcers. This is where sovereignty has revealed its dual face in relations between states.