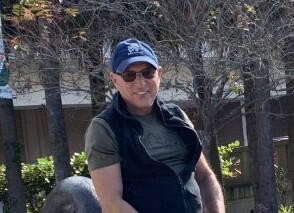 I'm a student of mythology, folklore, narrative, and culture. My writings include The Meaning of Myth in World Cultures as well as Sicilian Epic and the Marionette Theater. Most recently, I have coauthored Remembering Italian America: Memory, Migration, Identity.

I have previously written books on myth and legend.

In The Meaning of Myth in World Cultures (2018), I attempted to situate various mythologies in their cultural contexts.  Mythology, disseminated in sacred stories (myths) and their reenactments (rituals), is the basis of a society’s religion.  And religion is an essential key to identity: the articulation of an individual’s belief system and the personal store of wisdom that resides there.  But, inasmuch as so much of mythologies' meanings are culture-bound, one cannot understand mythology’s effects on identity without understanding the culture which generates the myth. In fact, culture provides the tools of mythic rhetoric: mythology’s ability to make, convey, and sanction meaning.  For instance, culture provides the essential metaphors which mythic rhetoric employs.  These metaphors are at once ecological (associated with the way in which a society exploits its environment), sociological (based in an indigenous network of social relations), and ideological (couched in the terms of a society’s worldview).  But tellingly, these metaphors are consistently incorporated into the personages of anthropomorphic spirits, fostering a deep sense of identification with those spirits as well as a deep sense of affiliation among those who share in one's spiritual devotions.  It is likely the intertwining of spiritual identification and social affiliation which best explains the profound effects that mythology has on personal identities.

In Sicilian Epic and the Marionette Theater (2014) I explore legend through the intersection of the various folkloric genres that comprise the repertoire of the marionette theater in Sicily. Here, epic, farce, saints' lives, bandits' lives, fairy tales, Christian myth, and city legend offer the vehicles by which puppeteers comment upon, critique—perhaps even negotiate—the relationships among the major classes of Sicilian society: the aristocracy, the people, the clergy and the Mafia. The lynchpin of the repertoire is the Carolingian Cycle and, in particular, a contemporary version of The Song of Roland known in Sicily as The Death of the Paladins, a text which illustrates the means by which the Carolingian heroes (Charlemagne, Roland, Renaud, Ganelon, and Angelica) augment saints, bandits, Biblical figures and Sicilian folk heroes to provide the marionette theater its rhetorical function: the articulation and dissemination of the tools of Sicilian identity.

Remembering Italian America: Memory, Migration, Identity explores a very different sort of story than that found in myths or legends.  Here, my sister and coauthor, Laurie Buonanno, and I explore the idea of conversational memory: the sort of memory that arises out of the stories (we call them accounts) told about ostensibly real people on a daily basis.  In this book, we look back to our youthful experiences in an Italian American community, our grandmother’s, and the manner in which the stories told around her kitchen table (and the continuous dialogue in which these stories were embedded) exerted their profound effects on the development of our own personal identities.  Through further analysis of stories garnered in numerous interviews in our grandmother’s neighborhood and beyond, we expand our examination and explore the role of conversational memory in a community of immigrants, asking—as we do so—the significance of our analysis in the context of contemporary immigrant communities.  In other words, we let the Italian American experience speak to newer migrations even as we let newer immigrant communities shed light on the Italian American experience.

Almost as an aside, we discover that accounts share a number of features with myths and legends and, in the case of Italian America, traditional legends and folktales actually offer a template for the recitation of many community-based accounts. 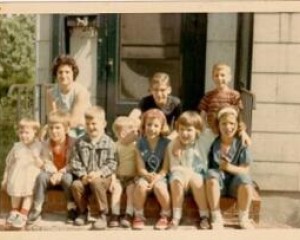 The Italian diaspora is characterized by a profound sense of ethnic identity. Even for those of us who don’t speak the language, there is a particular reality born of Sunday dinners at Grandmother’s, the sound of Italian— or more likely Sicilian, Neapolitan, Calabrian, or another of the Italian dialects—at the kitchen table, and the innumerable stories that we heard there: stories of the people back home in Italy and stories of the people just down the street. 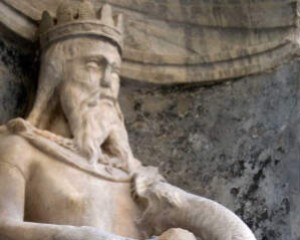 The Genius of Palermo

While following a procession in honor of the Immaculate Virgin, I happened upon a peculiar statue, the Genius of Palermo, tucked into a niche of a crumbling building. As I came to learn the significance of that statue, I found a hidden key to understanding one of the many mysteries of Sicilian society. 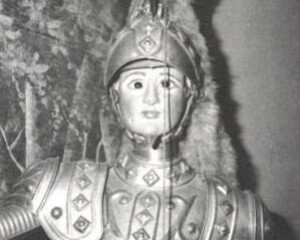 The Palermitan Epic: Dialogism and the Inscription of Social Relations

Palermo's puppeteers privilege epic over other genres in their narrative repertoire because it provides an apt vehicle to critique Palermitan social relations. Multigenericity, or the convocation of characters from disparate genres of traditional narrative, and dialogism, or the citation of real, Palermitan voices by epic's disparate characters, are the means by which this critique is effected. 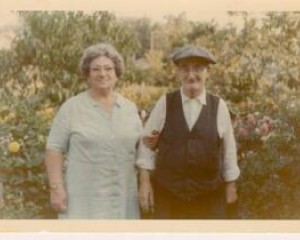