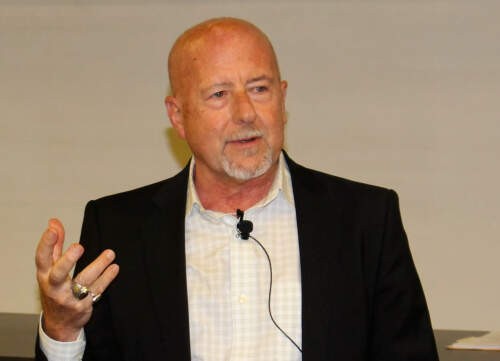 My teaching and research have always thrived on innovation and change. I began my career using poststructuralist theory to study autobiographical writing. Next, I turned my attention to the history and theory of American literary studies. Dissatisfied with the narrow, parochial nature of American studies, and informed by work in multicultural, border and global studies, I have spent the rest of my career developing post-national frameworks for literary studies in a transnational context.

My areas of academic specialization include modern and contemporary literature and theory, cultural theory, visual culture, the relationship between literature and globalization, and the future of the humanities in twenty-first century higher education. My books include  Being in the Text: Self-Representation from Wordsworth to Roland Barthes (Cornell, 1984), The Selected Correspondence of Kenneth Burke and Malcolm Cowley (Viking, 1998, nominated for a National Book Critics Circle Award in biography), Contingency Blues: The Search for Foundations in American Criticism (U. of Wisconsin Press, 1997), Global Matters: The Transnational Turn in Literary Studies (Cornell UP, 2010), and The Humanities "Crisis" and the Future of Literary Studies (Palgrave, 2014). My essays on literary and cultural theory, modern and contemporary literature, globalization, and border studies have appeared in academic journals including PMLA, Callaloo, Cultural Critique, and Modern Fiction Studies, and In These Times.

My areas of research and professional expertise include 19th and 20th century British and American literature, 20th century border, multicultural, and global literatures, the history of literary and critical theory, poststructuralist criticism, visual culture studies, border and globalization theory, and the history and current state of the humanities.

I thrive on travel and am an avid photographer. Much of my time now is taken up with hiking and skiing.