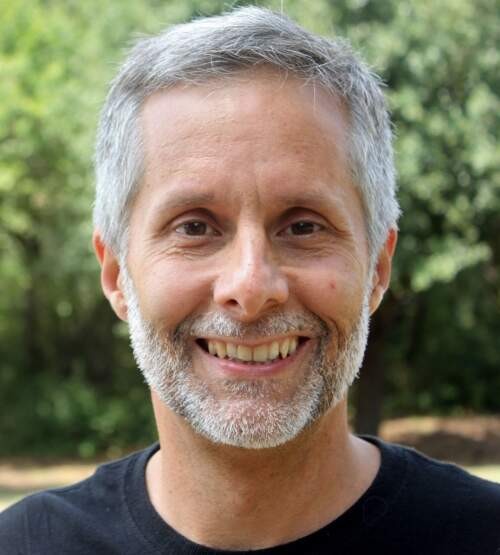 Brian's core life project is promoting arts-energized, communication-focused community engagement for futures more like Heaven. He worked as a linguist, translator, and ethnomusicologist in DR Congo and Cameroon in the 1990s and 2000s, became SIL's Ethnomusicology & Arts Coordinator in 2006, and founded the Center for Excellence in World Arts at Dallas International University in 2012. Brian has degrees in Cognitive Science, Intercultural Studies, and Ethnomusicology.

Brian is an ethnomusicologist, community arts therapist, curriculum developer, missiologist, composer, and performer. He has degrees in Cognitive Science (ScB, Brown University), Missions and Ethnomusicology (M.A., Wheaton College), and Ethnomusicology (PhD, UCLA). Brian worked with his wife, Barb, as a linguist and ethnomusicologist in DR Congo and Cameroon in the early 1990s and 2000s, was SIL’s Ethnomusicology & Arts Coordinator from 2006-2019, and founded the Center for Excellence in World Arts (Dallas) in 2012. Brian’s core life project is promoting arts-energized, communication-focused appreciative inquiry for futures more like Heaven. His current spheres of engagement are transformational development in communities, Christian mission, and expressive arts therapies.

Contributions to Human Thought
First, Brian has explained how particular kinds of interaction between novel and known elements in human activity result in thriving traditions—the infrastructure dance (2005; 2013a; 2015). Second, he has formulated a flexible guide to engagement with any community that results in people drawing on their arts to improve their lives—Creating Local Arts Together (2013c; forthcoming, with Van Buren). Third, Brian presents a nuanced case for deep reengagement with representatives of longer traditions in the global context of rapid social change and culture endangerment (2015). Fourth, he has been a central figure in the formulation of a new academic discipline—ethnoarts. Ethnoarts has a journal (Global Forum on Arts and Christian Faith), defining literature (Krabill et al 2013; Schrag 2013c), an active community of practice (International Council of Ethnodologists; SIL Ethnomusicology and Arts), and clear distinctions from other disciplines. He’s also trying to get the entire field of ethnomusicology to embrace a multiartistic view of human expressivity, not viewed merely through the abstract lens of ‘music.’ Fifth, Brian is part of a growing movement of Christians integrating a rich, biblically-sound view of Heaven into the church’s conceptual and practical existence.

Missiology
Brian has an M.A. in Missions, published his first peer-reviewed article in Missiology, authored a missiologically-framed book on arts and mission (2013), and co-edited a ground breaking book on worship and mission (Krabil et al 2013). The latter, Worship and Mission for the Global Church, was named one of IBMR’s Fifteen Outstanding Books of 2013 for Mission Studies. Brian regularly participates in activities of the Evangelical Missiological Society, has spoken at IVCF’s Urbana Missions Conference, and advises the World Evangelical Alliance’s Mission Commission on arts-related issues. The WEA Mission Commission has adopted Brian’s Arts for a Better Future seminar as its primary means of integrating arts and mission, under William Taylor’s guidance. Brian is also on the board of the International Council for Ethnodoxologists (ICE) and has an entry on historical approaches to music in missions in Sanneh and McClymond’s The Wiley-Blackwell Companion to World Christianity (2016).

Huntington’s Disease
In 2008, a blood test showed that Brian has Huntington’s Disease (HD), an incurable hereditary brain disorder that results in loss of cognitive, emotional, and physical control. His current symptoms are minor but will increase unless God provides a cure. This knowledge of an intimate instance of broken creation gives Brian a sense of moderate urgency, and has led him to promote creativity-induced healing among communities affected by HD.

Brian and his wife Barb have three children and a growing number of grandchildren. He speaks, writes, acts, and sings regularly for academic, spiritual, and homey occasions like weddings, funerals, and anniversaries.