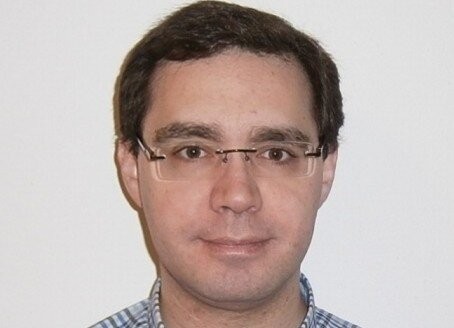 Francisco A. A. Monteiro

Francisco A. Monteiro is a tenure-track assistant professor at ISCTE—University Institute of Lisbon and a researcher at Instituto de Telecomunicações in Lisbon, Portugal. In the past, he has been a teaching assistant at the Department of Electrical and Computer Engineering at Instituto Superior Técnico, University of Lisbon.

He obtained his PhD in engineering from the University of Cambridge, United Kingdom, in 2012, and had previously received both the Licenciatura degree and an MSc in electrical and computer engineering from Instituto Superior Técnico, University of Lisbon, in 1999 and 2003, respectively. His research has always been focused on signal processing for wireless communications. He acts as a frequent reviewer for a number of IEEE journals and conferences, and has been serving in the organizing committee of relevant EURASIP and IEEE conferences.

In 2008, Dr. Monteiro was a visiting researcher at the Department of Electrical and Computer Engineering of the University of Toronto for four months, with scholarships from the Royal Academy of Engineering, the Calouste Gulbenkian Foundation and the Cambridge Philosophical Society. At Cambridge, he was a member of Fitzwilliam College (where he received a College Senior Scholarship in 2007/2008), and carried out his research in the Digital Technology Group at the Computer Laboratory, while being affiliated with the Department of Engineering.

He received for two years in a row (in 2014 and 2015) the Exemplary Reviewer Award from the IEEE Wireless Communications Letters.