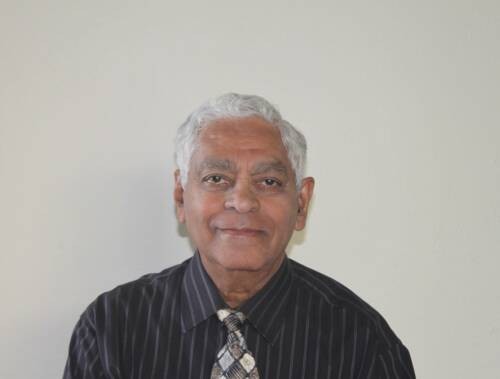 Professor Dikshitulu Kalluri is the second son of Kalluri Jagannatham and Venkatalakshmi.He is born in Chodavaram (India)and had a typical middle class upbringing with emphasis on scholarship. Educated in India and USA, he worked both in USA and India in the early phase of his academic career. He finally moved permanently to USA in 1983.He is married to Kamalavathi and they have three children.

Since 1984, he had been with the University of Massachusetts Lowell, Lowell, advancing to the rank of full professor in 1987. He coordinated the doctoral program (1986-2010) and co-directed/directed  the Center for Electromagnetic materials and Optical Systems (1993-2002/2003-2007). As a part of the center he established the Electromagnetics and Complex Media Research Laboratory.  He had collaborated with research groups at the Lawrence Berkeley Laboratory, the University of California Los Angeles, the University of Southern California, New York Polytechnic University and the University of Tennessee, and has worked several summers as a faculty research associate at Air Force Laboratories. He retired in May 2010 but continued his association with the university guiding his doctoral students. He continues to teach his graduate courses on-line as Professor Emeritus.  CRC Press published his two recent books: in April 2010 ‘Electromagnetics of Time Varying Complex Media Second Edition’ and in August 2011 ‘Electromagnetic Waves, Materials, and Computation with MATLAB’. He has published extensively on the topic of Electromagnetics and Plasmas. He supervised doctoral thesis research of 17 students.

Dr. Kalluri is a fellow of the Institute of Electronic and Telecommunication Engineers and a Senior Member of IEEE.

Teaching and Research in Electrical Engineering with experience of over 50 years.