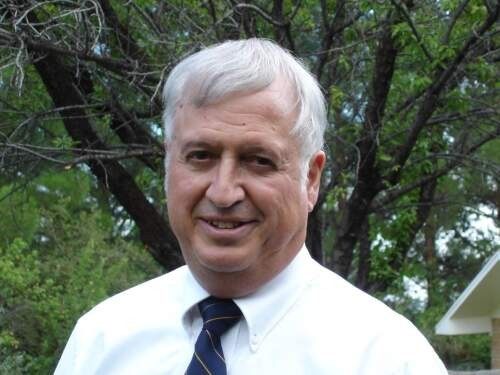 Earl F. Burkholder retired from teaching in the Surveying Engineering program at New Mexico State University in 2010. The first edition of "The 3-D Global Spatial Data Model" was published by CRC Press in 2008 and the 2nd Edition was published in 2017. A link to his formal resume is: http://www.globalcogo.com/efbresume.pdf

A native Virginian, Earl F. Burkholder grew up in Virginia’s Shenandoah Valley and graduated from Eastern Mennonite High School in 1964. He earned a BS in Civil Engineering from the University of Michigan in 1973 and a MS in Civil Engineering (Geodesy) from Purdue University in 1980. From 1980 to 1993 he taught upper division surveying classes at the Oregon Institute of Technology in Klamath Falls.  After being self-employed for 5 years, he taught in the Surveying Engineering program at New Mexico State University from 1998 to his retirement in 2010.

His professional career began as a draftsman with Gould Engineering, Inc. of Flint, Michigan in 1968. Following graduating from University of Michigan he worked 5 years for Commonwealth Associates, Inc. of Jackson, Michigan, an international consulting firm for the utility industry.  Assigned to the Transmission Line Engineering Division at Commonwealth, he was responsible surveying related computations on projects in numerous states and was promoted to Survey Project Manager prior to leaving in 1978 to attend Purdue University.

While teaching at Oregon Tech, he became Editor of the ASCE Journal of Surveying Engineering and served two separate four-year terms; 1985 to 1989 and 1993 to 1998. He also became involved in ABET accreditation activities while at Oregon Tech and went on to serve on the ABET Engineering Related Accreditation Commission (now known as the Applied and Natural Science Accreditation Commission) culminating as Chair of the RAC in 2000/2001.

While self-employed he completed three major projects for the Southeastern Wisconsin Regional Planning Commission (SEWRPC), Waukesha, Wisconsin.  The first project was to develop a reliable bidirectional algorithm for transforming data between the NAD 27 datum being used by SEWRPC and the (then) new NAD 83 datum published by the National Geodetic Survey (NGS). Upon successful completion of the horizontal transformation project, the next project was a similar assignment for the bidirectional transformation of data between the NGVD 29 datum (again being used by SEWRPC) and the new NAVD 88 datum published by NGS.

Prior to beginning the horizontal transformation project, he suggested to Dr. Bauer, SEWRPC Executive Director, that the horizontal and vertical datum transformation challenges would be an excellent opportunity to combine the two databases into single 3-D database.  After a rather short deliberation, Dr. Bauer indicated that the 3-D proposal was untested, too radical, and not proven practical. However, upon completion of the first two projects, Dr. Bauer commissioned preparation of a report outlining and defining how such an integrated model could be implemented.  That report (link below) became the basis for the 1st Edition of “The 3-D Global Spatial Data Model: Foundation of the Spatial Data Infrastructure” published by CRC Press in 2008.

Areas of personal interest include:
1. History of geodesy as related to mapping both local and global features.
2. Development of algorithms for depicting "location" as related to global exploration.
3. Use of computer tools for generating, manipulating, and storing spatial data.
4. Observations of the learning process and understanding how increased knowledge benefits society. 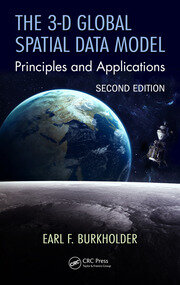 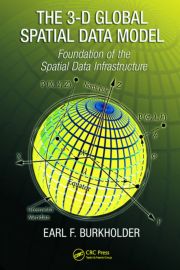