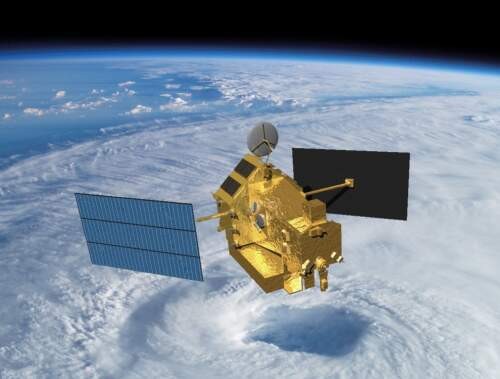 Dr. John L. Crassidis is currently a Professor at the University at Buffalo (UB), State University of New York. Before joining UB in 2001, he held previous academic appointments at The Catholic University of America and Texas A&M University. He also held a position as a NASA Postdoctoral Research Fellow at Goddard Space Flight Center.

While at NASA-Goddard Dr. Crassidis worked on a number of projects and research ventures, including: the application of a predictive filter scheme to determine the attitude of an actual spacecraft, the Solar Anomalous and Magnetospheric Particle Explorer (SAMPEX), using magnetometer measurements only; the development of contingency attitude filter designs for Tropical Rainfall Measurement Mission (TRMM) spacecraft; an investigation of hardware and software modifications to the Geostationary Operational Environmental Satellite (GOES) spacecraft; the development of robust control strategies for the Microwave Anisotropy Probe (MAP) spacecraft; and the development of efficient algorithms that determine the attitude and integer ambiguities from GPS signals.  He also was the principal investigator of a new approach to determine air leaks on the International Space Station and his work has been highlighted through several national press associations and websites.  Some of his current projects include relative navigation of UAVs using a novel sensor approach, robust tracking of vehicles incorporating trafficability reports, new methods in multiple-model adaptive estimation using autocorrelation methods, signal extraction from undersampled data, accurate derivative approximations using complex-step approaches, and novel methods for determining angular rates using star images without star identification.  Currently he is the Associate Director of UB’s Center for Multisource Information Fusion (CMIF).

Dr. Crassidis’ research accomplishments have provided him with a diverse interdisciplinary background.  He has authored over 150 journal and conference papers, covering a wide variety of areas, including: nonlinear estimation theory, robust vibration suppression, identification, aircraft navigation and control, and spacecraft attitude determination and control.  He is the principal author of a textbook entitled “Optimal Estimation of Dynamic Systems,” (600 pages) published in April 2004 by CRC Press (Boca Raton, FL), which is currently in its second edition (720 pages).  Also, he is currently in the process of writing a chapter on Attitude Determination and Control for the “Aerospace Handbook,” edited by Robert H. Bishop.  He co-authored the paper entitled “ISS Leak Localization Using Attitude Response,” which was awarded Best Paper for the 2001 American Institute of Aeronautics and Astronautics (AIAA) Guidance, Navigation and Control (GN&C) Conference out of 225 total papers, and he is principal author of the paper entitled “Unscented Filtering for Spacecraft Attitude Estimation,” which was awarded Best Paper for the 2003 GN&C Conference out of 350 total papers.  Some notable awards include: the Society of Automotive Engineers’ Ralph R. Teetor Educational Award, AIAA’s Sustained Service Award, and AIAA’s Mechanics and Control of Flight Award.  He is also the Chair of the AIAA National Technical Committee on GN&C, and an Associate Editor for the AIAA Journal of Guidance, Control, and Dynamics.