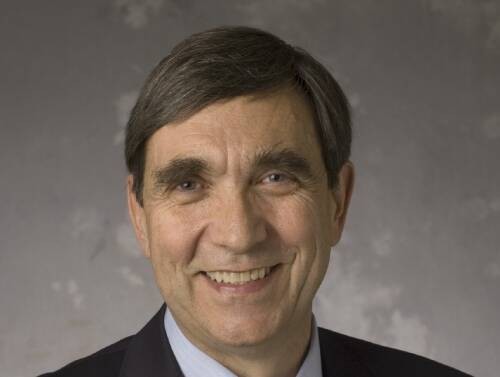 Douglas Comer, a Distinguished Professor at Purdue University, has authored numerous research papers and seventeen popular textbooks that have been translated into sixteen languages. Comer created the Xinu operating system and TCP/IP protocol software. He has served as VP of Research at Cisco Systems and editor-in-chief of the journal Software Practice And Experience. He is a Fellow of ACM.

Douglas Comer is a Distinguished Professor of Computer Science
at Purdue University.  Professor Comer is an internationally
recognized expert on computer networking and the TCP/IP protocols.
He has been working with TCP/IP and the Internet since the late
1970s.  Comer established his reputation as a principal investigator
on several early Internet research projects.  He served as chairman
of the CSNET technical committee, chairman of the DARPA Distributed
Systems Architecture Board, and was a member of the Internet
Activities Board (the group of researchers who built the Internet).

Professor Comer is well-known for his series of ground breaking
textbooks on computer networks, the Internet, computer operating
systems, computer architecture, and network processors.  His books
have been translated into sixteen languages, and are widely used in
both industry and academia around the world.  Comer's three-volume
series Internetworking With TCP/IP is often cited as an authoritative
reference for the Internet protocols.

Comer's research is experimental.  He and his students design and
implement working prototypes of large, complex systems.  The prototypes
are used to compare designs and assess system performance.  The
operating system and protocol software that has resulted from Comer's
research has been used by industry in a variety of products, including
a vehicle, pinball machine, and network printers.

For over twenty years, Professor Comer served as editor-in-chief
of the research journal Software-Practice and Experience, published
by John Wiley & Sons.  While on leave from Purdue, Comer served as VP
of Research at Cisco Systems.  Comer is a fellow of the ACM and the
recipient of numerous teaching awards.

Additional information can be found at: 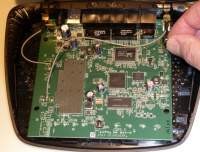 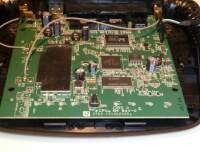 A serial connection added to the Linksys board that is used to access the system console.

The photo shows a serial connection added to the Linksys router. The serial line connects to a host computer that a programmer uses to issue commands that download a Xinu image into the router and run the image.

The Linksys Router platform used in the new Xinu book

This is a photo of the Linksys router with the lid removed. Everything is on a single board.