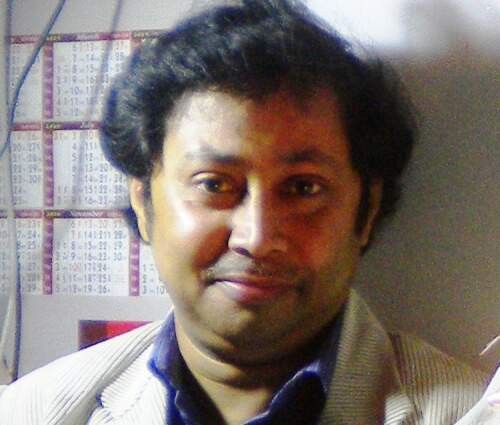 Nilashis Nandi was born in Cooch Behar, West Bengal, India (1965). He received his B.Sc. (Hons.) (1983) and M.Sc. (1985) degrees from North Bengal University and Ph.D. (1992) from Visva Bharati University. He became a postdoctoral fellow at the Indian Institute of Science, India (1993–1997), a J.S.P.S. postdoctoral fellow at Nagoya University, Japan (1997–1999), and an Alexander von Humboldt postdoctoral fellow at the Max Planck Institute of Colloids and Interfaces, Germany (1999–2000). Dr. Nandi was a faculty member in the chemistry group of Birla Institute of Technology and Science, Pilani, India from 2001–2007 and became a professor in the Department of Chemistry, University of Kalyani in 2008 where he has worked ever since. His research interest is focused on theoretical and computational studies in biophysical chemistry.