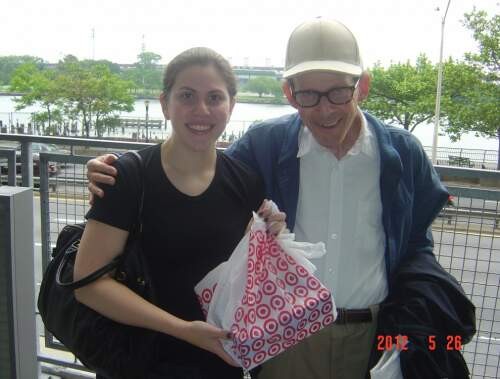 Professor emeritus Theodore J. Sheskin is the author of a lovely book, Markov Chains and Decision Processes for Engineers and Managers, published by CRC Press in Nov. 2010. A Markov chain is a sequence of random events for which the conditional probability of a future event depends only on the present state of the sequence, and is independent of previous states. Markov models are powerful tools for analyzing the probabilistic behavior of production and service systems. Professor Sheskin is the

Professor Sheskin’s primary teaching interests were operations research, engineering economy, and statistics. In 1986 the industrial engineering students named him the outstanding faculty member of the year. He generally taught 5 courses per academic year, including a 4 credit doctoral core course and a 3 credit master’s core course. He held graduate faculty status since 1974.

In 1983, Professor Sheskin developed an elective course in microprocessors which he taught until 1987 when it was abolished because of low enrollment. In 1992 he initiated and taught for the next 7 years the only two university designated Writing Across the Curriculum  courses in industrial engineering. He also added engineering design projects to three of his undergraduate courses. When he taught an undergraduate course in probabilistic models, he distributed to the students copies of one of his papers published in 1995 in Mathematics Magazine because this paper contains a tutorial on Markov chains.

In 1980, Professor Sheskin served on an Ad Hoc Committee which developed a five year dual degree program in Engineering and Liberal Arts. In fall 1992 Professor Sheskin and an assistant professor visited the dean of engineering and technology at an area community college to propose a dual admission program in industrial  engineering between the community college and Cleveland State. With the encouragement of that dean they jointly wrote a proposal for such a dual admission program. In March 1995 a dual admission agreement was approved by both institutions. In December 2000 he proposed that the industrial engineering faculty establish a five year BSIE/MBA dual degree program jointly with the College of Business. This proposal was not implemented by the industrial engineering faculty because some faculty feared that it would draw students away from the engineering management track of the master’s degree program.

Professor Sheskin is the sole author of 22 papers published in peer reviewed journals, one additional journal paper, and 18 papers published in conference proceedings. NASA  awarded him 15 summer faculty research fellowships. His peer reviewed papers investigate the diverse areas of production engineering, reliability engineering, spacecraft engineering, mathematical algorithms, and coauthorship. The 11 journals in which his peer reviewed papers  appear are: AIIE Transactions, Computers and Industrial Engineering, Microelectronics and Reliability, IEEE Transactions on Reliability, Journal of the British Interplanetary Society, Operations Research, International Journal of Mathematical Education in Science and Technology, Mathematics Magazine, Journal of Spacecraft and Rockets,  Science and Engineering Ethics, ant International Journal of Management Science and Engineering Management (forthcoming). In addition, the Journal of Information Ethics published his essay on coauthorship. In January 1985 he published a new Markov chain partitioning algorithm which was the first algorithm to use state reduction to find steady state distributions for  Markov chains.

Professor Sheskin takes home delivery of the New York Times. He enjoys listening to classical music, reading mysteries, and walking. In June 2012, he was energized by the excitement and friendliness of MIT during his 50th reunion. 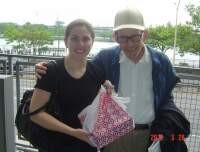