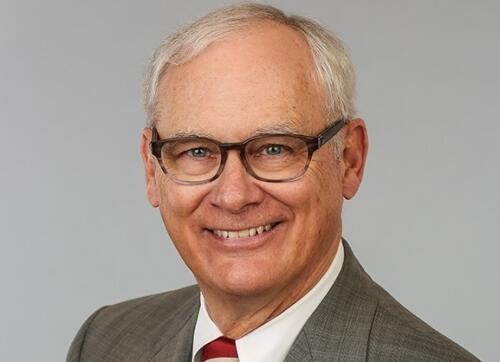 I am a retired senior manufacturing executive who led lean transformations in two companies. I continue to seek opportunities to help reduce learning curves, develop new leaders and save/grow U.S. manufacturing jobs. Through my books, speaking engagements, consulting, I hope to expand my sphere of influence on this subject, one I am so passionate about! I also write monthly for Industry Week's online magazine under the banner "Ask the Expert--Lean Leadership and Continuous Improvement".

Larry E. Fast is a veteran of 35 years in the wire and cable industry and held senior management roles for the last 27 of those years.   At Belden, where he spent his first 25 years, he was one of the youngest Plant Managers to ever take the helm at their flagship plant in Richmond, Indiana.   At that time the plant employed over 1200 people in a building of nearly 800,000 square feet.   In 1982 he became the senior manufacturing leader of the Electronic Division, a position that he held for 12 years.   During that time he conceived and implemented a strategy for manufacturing excellence that substantially improved manufacturing quality, service and cost.   He is regarded by some as “the father of manufacturing cells” in bulk cable operations in the industry.   Prior to 1987, the only known application of cell technology had been in assembly operations such as cord sets and harnesses.   He later started up a new cord set division for Belden and served as the Vice President & General Manager for 4 years.  This experience helped to round him into a stronger manufacturing leader where his passion for excellence continued with a strong customer bias.
In 1997, he joined General Cable Corporation to lead North American Operations as a member of the Corporate Leadership Team.  At that time General Cable was known more as a “marketing company” that was frequently handicapped by a grossly underperforming group of manufacturing plants.  After two years learning his new company’s culture, people, product groups, systems, etc. he was named the Senior Vice President of Operations.   After a 1999 acquisition he had 28 plants reporting to him as well as Corporate Sourcing, Quality, Manufacturing Systems and Advanced Manufacturing Engineering.   Later as plants were consolidated to less than 20, he was given expanded responsibility for the North American Supply Chain.  This included the addition of Supply Chain Planning and Logistics and three regional distribution centers in addition to the 18 manufacturing facilities in the U.S., Canada and Mexico.  These plants produce a diverse range of energy, communications, industrial and specialty wire and cable products.
His vision solidified with a strategy for manufacturing excellence that was embraced by General Cable’s Leadership Team and Board of Directors in 1999.  By 2001 the first General Cable plant, (Malvern, Arkansas), had won Top 25 recognition as an of Industry Week magazine’s finalist for “Best Plants” in North America.   By 2012, General Cable manufacturing plants had been recognized for twenty-seven awards honoring ten plants—seven of which were named winners of the 10 “Best Plants” in North America competition.   Fast’s plants were the first to achieve three Top 25 awards in consecutive years and only the second company to have twice had three Top 25 winners the same year in the 20+ year history of the award.   Also, the very first winner, Altoona, PA in 2003, came back in 2009 and won for a second time!  The nine “Best Plants” winners represent the successful execution of the strategy in various cultures, union and non-union plants and in all three countries.  The winners:  Altoona, PA, USA in 2003; Moose Jaw, Saskatchewan, Canada in 2005;  Tetla, Tlaxcala, Mexico in 2006, and Indianapolis, IN, USA in 2007.  Manchester, NH, USA joined this distinguished list in 2008.  Altoona, PA, USA won for the second time in 2009 and Piedras Negras, Mexico, joined the list of winners after having been a finalist in two prior attempts.  The 2010 Best Plants competition resulted in two plants being named to the “Top 20” finalists list.  They are Franklin, MA, USA for the second time and Lawrenceburg, KY, USA for the first time.  In December, 2010, the Franklin, MA plant was named the seventh different General Cable plant to be named one of the ten “Best Plants” in North America.  In August, 2011, Lawrenceburg, KY was named a finalist for the second consecutive year and Lincoln, RI made the finalist list on its first attempt in the competition—and both plants ultimately won recognition as top 10 IW Best Plants.  Nine of 10 plants that have entered the competition have won.  This is simply more evidence of the sustainability of the strategy and the execution of it by the current team at General Cable Corporation.
Fast holds a Bachelor of Science degree in Management and Administration from Indiana University and is a graduate of Earlham College’s Institute for Executive Growth.  He also completed the thirteen week Program for Management Development at the Harvard University School of Business in 1986.
Fast is a long time member of the Association for Manufacturing Excellence (AME), the Wire Association, and is a former member of the American Production and Inventory Control Society and the American Society for Quality.  He also has served as a Section Chair for NEMA, the National Electrical Manufacturer’s Association.  He has served on university advisory boards including Indiana University/Purdue at the I.U. East campus in Richmond, Indiana and the School of Applied Sciences at Miami University, Oxford, Ohio.   From 2001 to 2007, he served on the Industry Advisory Board for the Tauber Manufacturing Institute at the University of Michigan in Ann Arbor.  In 2009 he joined the Board of Directors, SE Region of AME.  Since his retirement he has also joined the team of judges for Industry Week magazine’s “Best Plants in North America” competition.
Fast has spoken at various leadership and manufacturing excellence events such as Industry Week’s Best Plant’s Conference, Manufacturer “Live”, AME Champions meeting and the international conference on Lean Manufacturing sponsored by Reliability World.   He has also been published in National Productivity Review magazine for the turnaround story at Belden Wire and Cable and was featured in two October, 2006 articles in The Manufacturer and in Mexico Watch for the outstanding track record leading change at General Cable Corporation.
Since 2007, Fast has been the Founder & President of Pathways to Manufacturing Excellence, LLC, a consulting company based in Gainesville, GA.  His book, The 12 Principles of Manufacturing Excellence—A Leader’s Guide to Achieving and Sustaining Excellence, was released October 11, 2011 by CRC Press, Taylor & Francis Group, as a Productivity Press book.