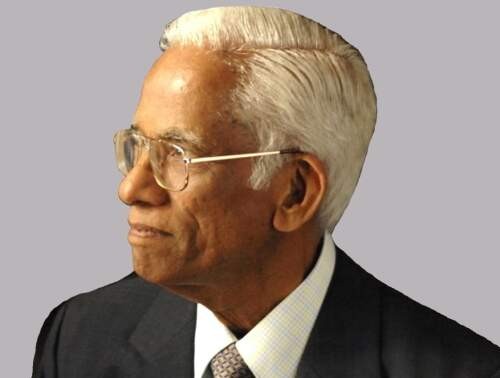 VENKATARAMA KRISHNAN, PhD, is Professor Emeritus in the Department of Electrical and Computer Engineering at the University of Massachusetts Lowell. Previously, he has taught at Smith College, the Indian Institute of Science, Bangalore, Polytechnic University, University of Pennsylvania, Villanova University and Princeton University.

He has taught Electrical and Computer Engineering (ECE) and Applied Mathematics in their broadest sense at the university level for more than 51 years at the Smith College, the University of Massachusetts Lowell, the Indian Institute of Science (Bangalore, India), Polytechnic University, University of Pennsylvania, Villanova University, and Princeton University. In addition, he has taught Chemistry for one year in Loyola College, Madras, India. During this long stint of teaching multifarious subjects relating to the broad fields of Science and Engineering, he was guided largely by student interaction and feedback, resulting in the general philosophy of making any subject interesting enough to motivate the students to learn more. To this effect, histories of the development of the field along with the biographies of the persons responsible for its development were presented. Students were encouraged to ask questions in the class and every question was answered to their satisfaction. Research work was considered as a means to the result of dissemination of knowledge and not as an end in itself. Extra effort was made to give as many explanatory handouts as possible to supplement the textbook. Numerous homework problems that touched on the applicational aspects of the subject were given. All the homeworks were personally graded by him to gauge the extent of their understanding and exhaustive solutions were posted for these problems. His long standing and continued interest and effectiveness in teaching graduates and undergraduates for a period of over 5 decades garnered him the best teacher award at UMASS Lowell (2000), commendations from Smith College (2003), the Indian Institute of Science (1974) and Villanova University (1959). The same philosophy was pursued in advising research students that produced 8 Doctoral and 21 Masters theses.

This philosophy of dissemination of knowledge permeated in the publication of a definitive book, Probability and Random Processes by John Wiley in 2006 in their series Wiley Survival Guides in Engineering and Science. The same philosophy also resulted in the publication of the book by CRC Press in 1998 entitled Linear Systems Properties to be used by undergraduates and graduates as a study aid for subjects in science and engineering. The objective of this book was to present the basic methods of linear systems analysis and to provide demonstrations of their application. In the production of both these books, he undertook the drawing of all illustrations, creating tables, designing the covers, and other details relevant for production.

He has taught undergraduate circuit theory and signals in the ECE Department, advanced circuits and statistics to part-time undergraduate students enrolled in Continuing Education's Engineering Technology program. In addition, he has taught Introductory Statistics for non-science majors in the Mathematics Department where the vast majority of the students enrolled were majors in the health related professions and criminal justice. A novel approach was adopted since the students' background in mathematics was limited. Emphasis was made on the physical understanding of the problems involved in randomized design of experiments, confidence limits in determining the efficacy of drugs and the chances of recovery from serious surgeries like open heart and brain. After presenting many practical examples, the basic mathematical aspects were then presented so that the students were motivated to understand. This course received one of the highest students' rating in the Mathematics Department.

During the 1999 academic year, he organized a university wide Calculus recitation program for freshmen that involved five other faculty members from the College of Engineering. This effort was initiated by the Dean of the College Engineering to address retention issues. This undertaking required the design of recitation lectures with carefully constructed recitation problems and student study aids. This project had a positive impact on all university students enrolled in Calculus-I, increasing the retention rate by about 30%.

At the graduate level, he has designed many advanced graduate courses and taught courses on Inertial Navigation and Guidance, Probability and Random Processes, Statistical Communication Theory, Stochastic Modeling in Telecommunications, Time Series Analysis and Forecasting, and Linear Systems. He was specifically requested by the Computer Science Department in 1997 whether he could develop the graduate course on Discrete Mathematics. This was a very big challenge because the student body was heterogeneous with engineers, scientists, economics and nursing majors. The course was a major success where at one point the enrollment rose from about 15 to 60 students per semester.

Since the early 90's, he has played a research leadership role in the formation of the Center for Advanced Computation and Telecommunications (CACT) from the Laboratory of Advanced Computation started by Prof. Thompson in 1987. Students have conducted research on diverse range of topics including acoustics, fluid dynamics, chaos, signal and image processing, medical imaging and telecommunications and data networks.

During 1968-1970, Bell laboratories entrusted him while he was at the Polytechnic Institute of Brooklyn, the creation of a two year in-house Applied Mathematics program for their personnel. It was the first time that Bell Labs instituted instruction for their members of technical staff during working hours. He designed the program on all aspects of applied mathematics and staffed it with the best available teachers. Based on the success of this program, Bell Labs introduced this program as a permanent feature.

During the years 1992-2002, he has directly influenced the careers of over fifty students in CACT. These students are now in research, development and management positions in industry and are directly involved in the use of system modeling skills they acquired during their tenure at CACT. Among some of his students outside of CACT, two hold chaired professorships at University of Texas and University of Oklahoma and another is an associate Vice President for research in the University of Calgary.

See details given in the previous section

He has addressed the problem of estimating the steady state queue distributions for correlated traffic using linear and threshold autoregressive processes. Models for multiplexed variable bit rate (VBR) encoded streams were used to develop an approach for estimating buffer occupancy and the impact of correlated arrivals on delay distribution of buffer occupancy were investigated. Using methods based on probability theory and time series analysis, computational techniques were developed for estimating the steady state queue distributions.

He has also investigated the reconstruction of images in Transmission Computed Tomography (TCT) and Emission Computed Tomography (ECT) using statistical techniques. Bayesian maximum aposteriori techniques were implemented by applying the expectation maximization iterative algorithm using three types of priors like the Gibbs, the cross entropy distance and the hybrid. The potential functions used in the Gibbs prior were the sigmoid and the lncosh functions. The parameter settings were optimized for TCT and ECT. Computer simulations were performed on phantoms in 2D and 3D object spaces. The quantitative accuracy and resolution of the reconstructed images were considerably improved. The problem of incomplete projections was solved by first using a linear predictive extrapolation scheme and reconstruction achieved from the completed projections.

In tackling the problem related to airlane track separations, he with another colleague proposed a mixture of Gaussian density functions for more accurate separation of collision risks associated with airlane track separation standards. Each component of this mixture was attributable to physical causes such as pilot errors and effects of navigation equipment degradations and failures. This model was factored into the possibility of Automatic Dependent Surveillance (ADS) equipment to monitor airlane separations. With the separation of collision risks, it was shown that track separation standards could be considerably decreased with the same target level of safety if ADS was used.

He developed the fundamental concepts of nonlinear filtering and smoothing using Martingale theory. This was published as a book, Nonlinear Filtering and Smoothing-An Introduction to Martingales, Stochastic Integrals and Estimation in 1984 in the Mathematics series of the publisher John Wiley. It was the first book published by an engineer for engineers on the esoteric topic of martingales. This book was a serious effort to give engineering students and practitioners a clear physical understanding of the martingale approach to nonlinear filtering and smoothing. After defining white noise and white noise integrals, investigations into stochastic integrals and stochastic differential equations with the associated Ito calculus and its extensions, were undertaken. Since stochastic differential equations cannot be directly simulated on a computer, the correction terms needed to convert Ito stochastic differential equations to the Stratonovich form were explored. The optimal nonlinear filtering representation was derived in a different form from the classical results. The representation leads to a set of infinite stochastic differential equations involving conditional moments of increasingly higher order. In the linear Gaussian case, this results in a closed form solution since the third moment of a Gaussian is zero. Since closed form solutions in the general case are not possible, assumptions were made regarding the higher order moments to find a solution to a class of fault detection problems. In particular, changes in plant parameter and signal noise parameter were studied. This book has been republished by Dover Publications in 2005 with a new preface and a list of errata.

He has applied time series modeling and statistical analysis for establishing specifications for a new type of precision gyros used for navigation purposes. From the available data, time series modeling was used extensively to determine the drift characteristics of these gyros. They were then tested for interchangeability and repeatability using two-factor experiment and analysis of variance, and representative parameter values were established. In this process the equivalence of various statistical tests and their confidence limits were also investigated. Using the same time series modeling, he was able to characterize the roughness of runways. 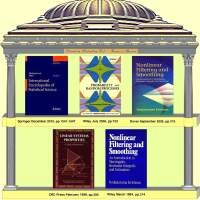 Video Address at the Promotion of the " International Encyclopedia of Statistical Sciences," held in Banja Luka in the Republic of Srpska on April 20, 2011- High Definition.

Front Covers of all Books Published

This picture consists of the Front Covers of all the Books Published with different publishers including CRC Press. The Book Temple was designed by the author.