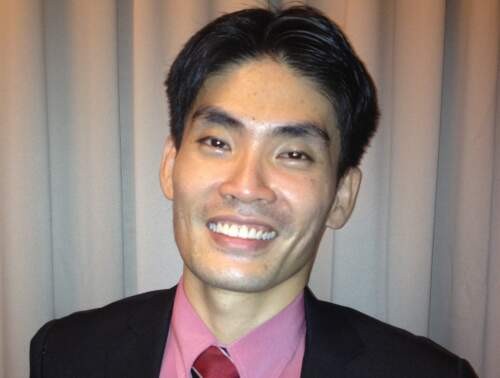 Dr. Cheng Siong Chin is a professional mechatronics engineer with specialization in marine vehicle control system's design as well as computer-aided engineering modeling and simulation of mechatronics systems. He has a Diploma with Merit in Mechanical Engineering in 1995 from Ngee Ann Polytechnic, Singapore. He then served his mandatory national service at Commando Battalion Camp in Singapore for the period 1995 to 1997.  He furthered his study and graduated with a Bachelor of Engineering (Hons) in Mechanical and Production Engineering (with Mechatronics Specialization) in 2000 from Nanyang Technological University (NTU), Singapore.  The strong desire to pursue research careers in control system's design arises when he participated in the National Undergraduate Research Opportunities Programme (NUROP) in Singapore. He worked on his undergraduate project titled “Modeling and Control of a Thruster for an Underwater Robotic Vehicle (URV)” where he had to perform modeling and testing of an actual thruster in a water tank. His first experimental paper on the works was published in the NUROP Congress.

In 2000, Dr. Chin was chosen to do his Master of Science in Advanced Systems and Control Engineering at The University of Manchester on a topic " Multivariable Control of an ALSTOM Gasifier Benchmark Problem" working under a renowned professor named Prof. Neil Muno and obtained his degree with distinction in 2001. He was later awarded the Emeritus Prof. Howard Rosenbrock’s medal for the most outstanding student in the course. The work contained extensive modeling and simulation works on experimental models obtained from ALSTOM. As the results, papers were published in the Journal of Process Control and the IFAC World Congress in 2002.

He continued his research on the computer-aided engineering modeling and simulation on the marine vehicles when he returned to NTU to read a part-time doctorate program. He was involved in a research funded project (~ S$0.3 million) with British Gas Asia-Pacific Ltd and NTU on the design and development of a semi-autonomous marine vehicle for the oil and gas industry. He obtained his Doctorate of Philosophy (Ph.D.) in 2008 on a thesis titled “Cascaded Switching Supervisory Control of a Nonlinear Underwater Robotic Vehicle for Pipeline Tracking” working under a renowned Mechatronic professor. The vehicle was tested in the pool, and as the results: few scholarly journal and conference papers were published.

He worked in the industry for seven years (2002-2008) before he obtained his doctorate.  After his employment in Thales-Electro Optics (under Thales Group) as an Engineer, he joined Seagate Technology International located in the Singapore Science Park. During his employment in the Seagate, he has obtained three U.S. Patents and two trade secrets. He was later recognized with Seagate’s Quality Excellence for outstanding achievement, and team participation towards mechanical system's robustness. He was then promoted to Senior Research and Development Engineer. With interest in higher-education teaching, he joined Temasek Polytechnic as a Lecturer in Mechatronics Engineering during mid-2008. He was assigned to control system's subjects such as microcontroller, instrumentation and computer control.  In a part-time basis, I began to co-supervise the part-time final year students in the University of Newcastle (in Australia). In end-2008, he was elevated to the grade of a senior member of the Institute of Electrical and Electronics Engineers (IEEE) due to his years of professional works, and significant professional achievements. In 2009, he worked on a test-bedding, research and innovation development of new-maritime technology projects that had a funding of S$150,000, from the Maritime Port Authority (MPA) in Singapore. In the project, he collaborated with colleagues and industry partners (e.g. DHI-Singapore) on a Sediment Trap Machine powered by an underwater fuel cell system and a DHI-TP Underwater Robotic Vehicle.  He also submitted various research proposals to funding agency in Singapore and United Kingdom.

Dr. Chin has recently (mid-2010) joined Newcastle University for its BEng with honors programs in Marine Engineering as its first lecturer under the Singapore Institute of Technology (SIT).  He has also attended numerous courses on technology and six-sigma over his entire professional career as part of continuous professional development. He was certified in Six Sigma Green Belt and Design for Six Sigma (DFSS). Dr. Chin is a member of IET since 2001, senior member of IEEE since 2009, an elected executive member of Control and Automation Network in IET and also the elected Honorary Auditor in Singapore Branch of IET in 2011. He is registered as CEng with the UK Engineering Council and European Engineer (EUR ING). He is also listed in the Who's Who in Science and Engineering, Who's. Who in the World and Who's. Who in Asia by Marquis, New Providence, New Jersey, USA since 2009. Dr. Chin was the member of International Advisory Member of the organizing committee of BIT's MarineTech Summit 2010, which is an annual conference started by the BIT in Dalian in China. He is also a member of the Editorial Advisory Board of The Mediterranean Journal of Measurement and Journal of Marine Science: Research and Development. He had published 21 international journals, 10 conference publications and 3 book chapters.