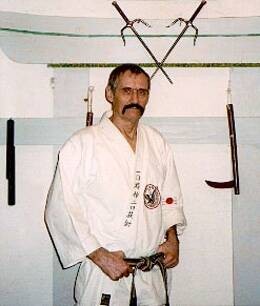 
Professor Emeric Arus was born in Romania on June 9, 1938. His native language, however, is Hungarian. In 1970 he finished the "Institute of Physical Education and Sports" in Bucharest and obtained a State Diploma as a Professor of Physical Education, specializing in Judo as a Judo Professor. Professor Arus is a Gemini and a very curious man, and he did and learned almost everything in his life with little help from others.

In that same fashion he learned martial arts: without any teacher, using books, magazines, and his thorough knowledge of biomechanics, anatomy, physiology, methodology etc..., from his physical education background.. Previously he was an Olympic fencer for the Romanian Olympic Sabre Team, obtaining 6th place at the Rome Olympic Games in 1960. Kaicho also practiced track and field, boxing, wrestling and weight lifting, being a multitalented athlete.

In 1968, Kaicho started to practice Judo  in  Romania, in 1970 Shotokan Karate, and in 1971, Jujitsu. In 1974, Kaicho obtained Shodan in Judo from the Romanian Judo Federation. Kaicho contracted severe hepatitis and was hospitalized for 5 months. This illness reduced his physical activity, but not his mental activity, practicing constantly self-hypnosis and meditation which restored his health relatively quickly, enabling him to practice Budo. Professor Arus has met several noted Budo Masters in the Judo, Aikido and Karate fields. These Budo Masters helped him later gain much knowledge. He trained 3 years under the direction of Master Hang Chang Hi, 6th Dan Kodokan, a Korean Master of Judo. He trained under the direction of Juo Iwamoto, head of the Aikido Federation of Austria. He practiced Karate under the direction of Professor Roland Habersetzer, 5th Dan Shotokan, Augusto Basile, 6th Dan Wado-Ryu, Tatsuo Suzuki - Hanshi 8th Dan Wado-Ryu and many other American Masters such as Cecile T Patterson, 8th Dan Wado-Ryu and the regretted American Master, in Shotokan, Frederick Hamilton.

As a Romanian Judo coach, Kaicho had remarkable results producing many Junior Romanian Champions, some of which have reached the Senior Romanian Olympic Team, that has had great international success in this art.

In 1971, Kaicho founded the Seikakukai Budo Club in Oradea, Romania, where he taught Judo, Karate, Aikido and Kobudo. After recovering from his illness at the age of 34, Kaicho began to concentrate more on Karate and Aikido than Judo, because Judo required more strength and energy which could bring back his illness.

Kaicho obtained Shodan in Shotokan Karate in Austria. Kaicho imigrated to America in 1981 and since then his martial arts status has grown tremendously. He obtained Yondan in 1984 in Shotokan from Master Frederick J Hamilton. One year later he obtained Godan in Shotokan from Master Hamilton. Kaicho enrolled in the US Eastern Wado-Ryu Karatedo Federation in 1983, reaching 3rd Dan. Kaicho obtained 4th Dan in Judo from Japan/Dai Nippon Seibukan Budo Bugei Kai and title of Shihan for Sendo-Ryu Karatedo. Sendo-Ryu was established on November 14, 1987  and has been copyrighted in the USA.  In 1987, Kaicho finished at Long Island University, Brooklyn Campus "The Karate Instructor Certificate Program."

In 1991, Kaicho finished his graduate courses at Brooklyn College - obtaining a Masters of Science in Physical Education/Sports Management. Kaicho was recognized as a genuine Shodai SOKE in his art by the "World Headfounders/ Headfamilies Council" in 1990, obtaining for his effort and his practice by that time (22 years in Budo) 7th Dan in Sendo-Ryu. In 1992, Kaicho was inducted in the Hall of Fame by the World Headfounders/ Headfamilies Council, and received 8th Dan in Sendo-Ryu Karatedo. Kaicho obtained 5th Dan in Jujitsu in 1997.

On Aug.12, 2000 Kaicho has been inducted into Hall of Fame by the USMartial Arts Association, and he obtained 9th Dan in Sendo-Ryu Karatedo, backed by Supreme Master Fusei Kise 10th Dan from Okinawa. 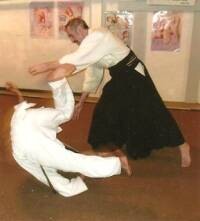 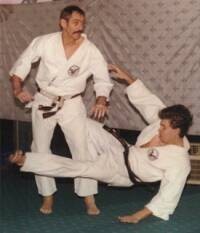 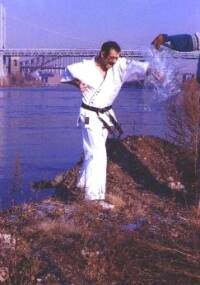