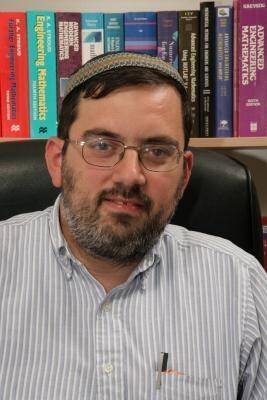 Shlomo Engelberg received his Ph.D. from NYU's Courant Institute in 1994. In 1997 he joined the Jerusalem College of Technology's department of electronics. From 2009, he has been an associate professor in the department, From 2005 until 2009 he was the chairman of the department. On 1 October 2014, Shlomo became the dean of the school of engineering and computer science.

Shlomo's research interests include the theory of nonlinear ordinary and partial differential equations, control theory, signal processing, instrumentation, and measurement. Shlomo is also interested in microprocessors and their applications.

I have been teaching for many years and enjoy writing up my courses.  I have published three other text books.  You can see my books and other publications by going to http://homedir.jct.ac.il/~shlomoe/Public/publications.html.