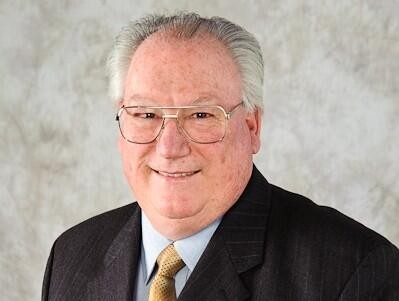 Thomas E. Drabek completed his graduate education at The Ohio State University Department of Sociology and Anthropology in 1965.  During his last two years at OSU he was a full-time staff member of the Disaster Research Center.  He is an Emeritus Professor of Sociology and Criminology at the University of Denver.  He was a faculty member there from 1965 to 2004.   He was department chair (1974-1979 and 1985-1987).  Upon his retirement in 2004, he was awarded Emeritus status and continues his research on a part-time basis.  In 1993, he was awarded a John Evans Professorship which continues to provide modest funding for his research.    His research has examined group and organizational responses to large-scale disasters.

Recently, CRC Press (Boca Raton, FL) published the second edition of his latest book The Human Side of Disaster (2013).  He has authored or co-authored over 100 book chapters and journal articles and 28 other books including The Human Side of Disaster (2010); Strategies for Coordinating Disaster Responses (2003); Disaster-Induced Employee Evacuation (1999); Disaster Evacuation Behavior:  Tourists and Other Transients (1996); Disaster Evacuation in the Tourist Industry (1994); Microcomputers in Emergency Management:  Implementation of Computer Technology (1991); Emergency Management:  Principles and Practice for Local Government (1991, co-edited with Gerard J. Hoetmer); Emergency Management:  Strategies for Maintaining Organizational Integrity (1990); The Professional Emergency Manager:  Structures and Strategies for Success (1987); and Human System Responses to Disaster:  An Inventory of Sociological Findings (1986).  He served as the co-editor of the International Journal of Mass Emergencies and Disasters (1986-1990) and was elected President of the International Sociological Association’s Research Committee on Disasters (1990-1994).  He prepared four Instructor Guides for the Emergency Management Institute, Federal Emergency Management Agency:  Sociology of Disaster (1996); The Social Dimensions of Disaster (1996); Emergency Management Principles and Application for Tourism, Hospitality, and Travel Management Industries (2000, co-authored with Chuck Y. Gee); and Social Dimensions of Disaster, 2nd ed. (2004).  In August, 2007 he was the third recipient of The E.L. Quarantelli Award For Contributions to Social Science Disaster Theory by the International Research Committee on Disasters.  In June, 2008, he received the first Dr. B. Wayne Blanchard Award for Academic Excellence in Emergency Management Higher Education.  He frequently lectured at academic and emergency management workshops and conventions throughout the U.S.A. and in such other places as Vancouver, Edmonton, Toronto, and Montreal, Canada; Mt. Macedon, Canberra and Sydney, Australia; Wellington, New Zealand; Geneva, Switzerland; Messina, Italy, Bielefeld, Germany; London, England and Bangkok, Thailand.

Since his retirement from the University of Denver in 2004, Dr. Drabek has maintained his disaster research program on a part-time basis.  With the assistance of his wife and research collaborator, Ruth Ann, he has continued to lecture at conferences, to both researchers and practitioners, publish his research, and assist others through frequent manuscript reviews.  In his position as Emeritus Professor, he returned to the classroom at DU in 2007, 2008, and 2011 where he again offered his course “Community Response to Natural Disasters.”

Fishing and enjoying the outdoors; time with family; reading.