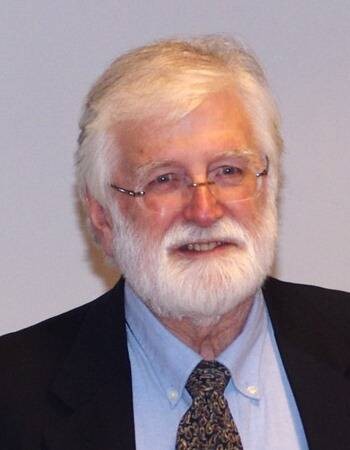 In March 2014 I will celebrate 50 years of teaching. I was ninetenn and on a career path to become a high school physics teacher when there was an opportunity for gainful employment as a freshman lab teaching assistant which I grabbed. Then when I was doing my MSc thesis I discovered the challenge and satisfactions of research. It seemed that an academic career would be the only way of combining t

Jim is a Professor of Electrical & Computer Engineering at Portland State University, Oregon, USA, with B.Sc. and M.Sc. degrees in Physics from the University of Auckland, New Zealand, and a Ph.D. in Electrical Engineering from the University of Saskatchewan, Canada.  He has served as Department Chair at both SUNY-Binghamton and PSU, and was the founding Director of Binghamton’s Institute for Research in Electronics Packaging. Jim has held multiple visiting faculty positions around the world, notably as a Royal Academy of Engineering Distinguished Visiting Fellow at Loughborough University (UK), as a Nokia-Fulbright Fellow at the Helsinki University of Technology, and as an Erskine Fellow at the University of Canterbury (NZ). Other positions have included periods at Delphi Engineering (NZ) and IBM-Endicott (NY), industrial consulting, and as a Senior Technician at the U of S.
Jim is an IEEE Fellow and an IEEE Components, Packaging, & Manufacturing (CPMT) Society Distinguished Lecturer. He has served as CPMT Treasurer (1991-1997) and Vice-President for Conferences (1998-2003), and currently sits on the CPMT Board of Governors (1996-1998, 2011-2013) and the Oregon joint CPMT/CAS Chapter Exec and chairs the CPMT Nanotechnology technical committee. He was awarded the IEEE Millennium Medal and won the 2005 CPMT David Feldman Outstanding Contribution Award. He is an Associate-Editor of the IEEE CPMT Transactions and has been General Chair of three CPMT-sponsored conferences, Treasurer or Program Chair of others, and serves on several CPMT conference committees. As the CPMT Society representative on the IEEE Nanotechnology Council (NTC), he instituted a regular Nanopackaging series of articles in the IEEE Nanotechnology Magazine, established the NTC Nanopackaging technical committee, was the 2010-2013 NTC Awards Chair, and chaired the IEEE NANO 2011 conference, and now serves as NTC Vice-President for Conferences.  He also co-founded the Oregon Chapter of the IEEE Education Society in 2005 and sits on its executive committee, and was Program Chair for the 1st IEEE Conference on Technology for Sustainability (Portland, 2013).
His research activities are focused on electrically conductive adhesives, the electrical conduction mechanisms in discontinuous nanoparticle thin metal films, with applications to nanopackaging and single-electron transistor nanoelectronics, and on an NSF-funded project in undergraduate nanotechnology education. He has edited or co-authored five books on electronics packaging and two on nanodevices, (two of which have just been published in Chinese,) and lectures internationally on nanopackaging and electrically conductive adhesives.