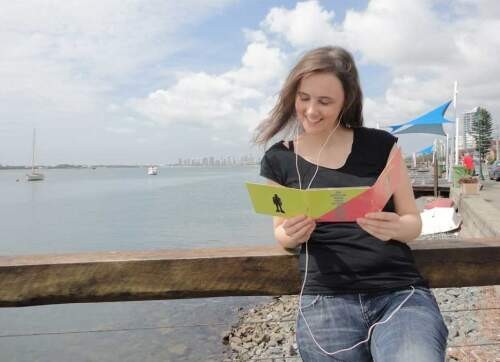 Sarah Baker is an Associate Professor in Cultural Sociology at Griffith University, Australia. She previously held research fellowships at The Open University and University of Leeds, UK, and the University of South Australia. She has published widely in the areas of popular music studies, youth studies and creative labour. Her most recent research concerns popular music heritage, with a focus on enthusiast-founded, community-based, volunteer-run archives, museums and halls of fame.

Sarah Baker is an Associate Professor in the School of Humanities, Griffith University, and a member of the Griffith Centre for Cultural Research. She previously held research fellowships at The Open University and University of Leeds (UK) and the University of South Australia.

Sarah’s research expertise is in the areas of popular music studies, youth studies and creative labour. She has published extensively on the popular music practices of young people. This body of work emerged from her PhD on pre-teen girls’ negotiations of music and identity and also from the Australian Research Council funded project ‘Playing for Life: the everyday music practices of marginalised youth as strategic pathways to agency, employment and socio-economic inclusion’ (DP0345917, 2003-5).

From 2006-7, Sarah worked with Professor David Hesmondhalgh on a project exploring work in the contemporary UK media and cultural industries. The results of this project can be found in the book, "Creative Labour: Media Work in Three Cultural Industries" (Routledge, 2011), as well as in various articles and book chapters based on that research. More recently, Sarah has traveled to Reykjavik, Iceland, as part of an Australian Academy of the Humanities ISL-HCA International Research Fellowship (2010) to explore conditions of creative labour in the Icelandic music industry. This work has been published in the book "Popular Music Matters" (Ashgate, 2014).

Sarah was a Chief Investigator on the Australian Research Council funded project ‘Popular Music and Cultural Memory: localised popular music histories and their significance for national music industries’ (DP109210, 2010-12). This project was concerned with the range of ways that popular music appears in cultural memory, across the spectrum of national and official discourse through to the small-scale and personal recollections of individuals. Sarah worked closely with the project's research fellow, Alison Huber,  during this research and articles resulting from this collaboration appear in "Popular Music History", "European Journal of Cultural Studies" and the book "Sites of Popular Music Heritage" (Routledge, 2015). Their study of canonisation in Australia's 'country music capital' appears in the journal "Popular Music". This latter article was awarded the IASPM-ANZ Rebecca Coyle Prize for the best paper on popular music in the Australia-New Zealand region published in 2013.

Sarah’s latest project is called ‘Do-it-Yourself Popular Music Archives: an international comparative study of volunteer-run institutions that preserve popular music’s material culture’ (DP130100317, 2013-15). This research explores the contributions of volunteer communities and enthusiast expertise to the preservation of popular music artefacts. It seeks to understand the communities of practice that form around the project of archiving popular music’s material heritage; the affective connections between volunteer labour and popular music artefacts; and the democratising effects of the DIY approach to archiving popular music. The edited collection "Preserving Popular Music Heritage: Do-it-yourself, Do-it-together" (Routledge, 2015) emerges from this project. The project website can be found at http://diyarchives.blogspot.com

Sarah teaches into the Sociology major in the Bachelor of Arts at Griffith University. In 2012 Sarah was a First Year Advisor, and from November 2012 to July 2013 she was the BA Program Convenor. She was involved in the convenorship of higher degree research candidates in the School of Humanities From July 2013 to December 2014, and is now the Arts, Education and Law Group Higher Degree Research Programme Director. In her teaching scholarship, Sarah has published on the use of Digital Narratives in a first year youth studies course; an outcome of a Griffith University Blended Learning Fellowship (2008). She has also published on the use of karaoke as a first year enhancement strategy. Sarah is the lead Australian author on the first year sociology textbook, "Think Sociology" (Pearson, 2011), and is the co-author with Brady Robards of "Teaching Youth Studies Through Popular Culture" (ACYS Publishing, 2014). In 2012, she received the Vice Chancellor’s Award for Griffith University Teacher of the Year. A national award followed with an Office for Learning and Teaching 2013 Citation for Outstanding Contributions to Student Learning.