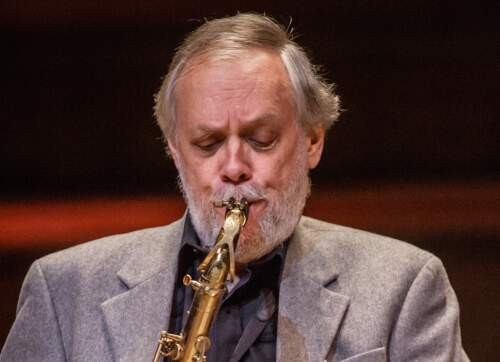 Professor Emeritus
University of the Arts

Rick is a saxophonist who has performed throughout the US with Lionel Hampton, Chuck Mangione, Ray Charles, symphony orchestras and other artists. His Nova Saxophone Quartet has released 4 recordings and he has received composition grants from the NEA. Rick’s Philadelphia based little big band Power of Ten10 released "Earth Tones" in 2011. He is a former Dean at The University of the Arts and served as Dir. of Jazz Studies, Music Dept. Chair and Assoc. Dean at The University of Texas, Austin.

Richard (Rick) Lawn
Rick has received several significant composition grants from the National Endowment of the Arts and, as a member of the Nova Saxophone Quartet, has recorded on the Musical Heritage Society, Crystal and Equilibrium labels. The Sea Breeze record label issued “Unknown Soldiers,” a CD recorded by the Third Coast Jazz Orchestra that features his compositions and arrangements. His arrangement of “Donna Lee” included on this recording was recorded by Bobby Sanabria’s New York Latin big band on his 2001 Grammy nominated CD.  In fall 2011 his Philadelphia based little big band Power of Ten10 released Earth Tones that includes his original compositions and arrangements.
Kendor Music, CL Barnhouse, Walrus Music, Concept Music, Alfred Music, ejazzlines, Warwick Music, Dorn, LawnWorks Publications and UNC Press among others publish his music. Rick’s books entitled The Jazz Ensemble Directors Manual (in its 4th edition), Jazz Theory and Practice in its 2nd edition (that includes interactive ear training software) and Experiencing Jazz now in its 2nd edition have become staples among jazz educators and students.
Rick’s performing experiences outside his own ensembles include extended engagements with Lionel Hampton, Chuck Mangione, the Rochester Philharmonic, and the Austin Symphony among others. He has performed in back-up orchestras for Dizzy Gillespie, Ray Charles, Joe Williams, Natalie Cole, Marian McPartland, The Temptations, The Four Tops, Dianne Schuur, Rosemary Clooney, Aretha Franklin and a host of others. Visit his Web site at: http://www.RickLawn.com.
Richard Lawn is the former Dean of the College of Performing Arts at The University of the Arts in Philadelphia where he is now Professor Emeritus and part-time faculty member. Formerly, he was affiliated with the University of Texas at Austin serving as Founding Director of Jazz Studies, Chair of the Department of Music, and Associate Dean for academic affairs.

My area of specialization is jazz studies including history and criticism, theory, composition and arranging, improvisation,  ensemble conducting and pedagogy. I am also a saxophonist and woodwind doubler on flutes and clarinets.

Power of Ten in Philadelphia