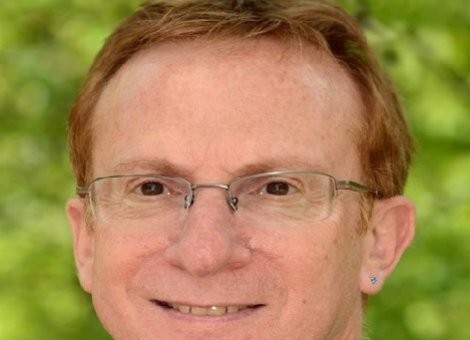 Donald E. Heller is Dean of the College of Education at Michigan State University. His research focuses on educational economics, public policy, and finance. He earned an Ed.D. in Higher Education and an Ed.M. in Administration, Planning, and Social Policy from the Harvard Graduate School of Education, and a B.A. in Economics and Political Science from Tufts University. Dr. Heller is also a trustee of DePaul University.

Donald E. Heller is Dean of the College of Education and a professor in the Department of Educational Administration at Michigan State University.  He leads one of the nation’s top-ranked colleges of education with 150 faculty, 4,000 students, and revenues of over $60 million.  His teaching and research is in the areas of educational economics, public policy, and finance, with a primary focus on issues of college access, choice, and success for low-income and minority students.  He has consulted on higher education policy issues with university systems and policymaking organizations in California, Colorado, Kansas, Massachusetts, Michigan, New Hampshire, Tennessee, Washington, Washington DC, and West Virginia, and has testified in front of Congressional committees, state legislatures, and in federal court cases as an expert witness.  Prior to his appointment in January, 2012, he was Director of the Center for the Study of Higher Education and professor of education and senior scientist at The Pennsylvania State University.  He also has held a faculty appointment at the University of Michigan.  Before his academic career, he spent a decade as an information technology manager at the Massachusetts Institute of Technology.

Dr. Heller has published approximately 150 articles, book chapters and other publications, and his research has been published in scholarly journals including the Journal of Higher Education, Review of Higher Education, Educational Policy, and The Journal of Student Financial Aid.  He has been interviewed by and his work has been reported on in media The New York Times, The Wall Street Journal, The Washington Post, The Los Angeles Times, USA Today, Newsweek, U.S. News & World Report, Business Week, The Chronicle of Higher Education, Times Higher Education, The Daily Telegraph, National Public Radio, CNN Headline News, and Marketplace Radio.  He is editor or co-editor of six books, including: Student Financing of Higher Education: A Comparative Perspective (with C. Callender, Routledge, 2013), The States and Public Higher Education Policy: Affordability, Access, and Accountability (Johns Hopkins University Press, second edition, 2011), and Generational Shockwaves and the Implications for Higher Education (with M. d’Ambrosio, Edward Elgar, 2009).  He has made over 250 presentations at scholarly conferences, policy and professional associations, and governmental organizations in ten countries around the world.  In 2012 he was appointed to the Board of Trustees of DePaul University.

Dr. Heller received the 2002 Promising Scholar/Early Career Achievement Award from the Association for the Study of Higher Education, and the 2001 Robert P. Huff Golden Quill Award from the National Association of Student Financial Aid Administrators, for his contributions to the literature on student financial aid.  He earned an Ed.D. in Higher Education from the Harvard Graduate School of Education, and holds an Ed.M. in Administration, Planning, and Social Policy from Harvard and a B.A. in Economics and Political Science from Tufts University. 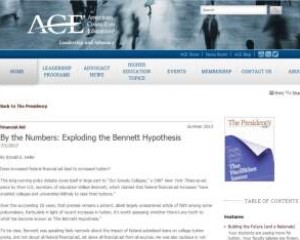 By the Numbers: Exploding the Bennett Hypothesis

Does increased federal financial aid lead to increased tuition? This long-running policy debate owes itself in large part to “Our Greedy Colleges,” a 1987 New York Times op-ed piece by then U.S. secretary of education William Bennett, which claimed that federal financial aid increases “have enabled colleges and universities blithely to raise their tuitions.” 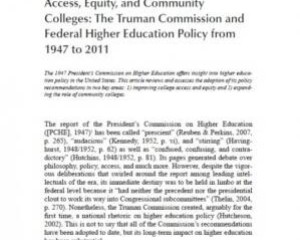 The 1947 President's Commission on Higher Education offers insight into higher education policy in the United States. This article reviews and assesses the adoption of its policy recommendations in two key areas: 1) improving college access and equity and 2) expanding the role of community colleges.