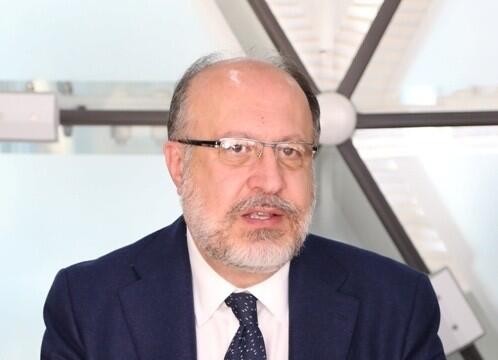 A Senior Fellow at the King Faisal Center for Research & Islamic Studies in Riyadh, Sa‘udi Arabia, Joseph A. Kéchichian is also the CEO of Kéchichian & Associates, LLC, a consulting partnership that provides analysis on the Arabian/Persian Gulf region, ; as well as a Senior Writer with the Dubai-based Gulf News, which is the top-ranked English-language news daily in the United Arab Emirates, available online at http://www.gulfnews.com.

Dr. Kéchichian received his doctorate in Foreign Affairs from the University of Virginia in 1985, where he also taught (1986-1988), and assumed the assistant deanship in international studies (1988-1989).  In the summer of 1989, he was a Hoover Fellow at Stanford University (under the U.S. State Department Title VIII Program).  Between 1990 and 1996, he labored at the Santa Monica-based RAND Corporation as an Associate Political Scientist, and was a lecturer at the University of California in Los Angeles.  Between 1998 and 2001, Dr. Kéchichian was a fellow at UCLA’s Gustav E. von Grunebaum Center for Near Eastern Studies, where he held a Smith Richardson Foundation grant (1998-1999) to compose Succession in Saudi Arabia, [New York:  Palgrave (2001) and Beirut and London:  Dar Al Saqi, 2002, 2003 [2nd ed] (for the Arabic translation)].  He published Political Participation and Stability in the Sultanate of Oman, Dubai: Gulf Research Center, 2005, Oman and the World:  The Emergence of an Independent Foreign Policy, Santa Monica:  RAND (1995), and edited A Century in Thirty Years:  Shaykh Zayed and the United Arab Emirates, Washington, D.C.:  The Middle East Policy Council (2000), as well as Iran, Iraq, and the Arab Gulf States, New York:  Palgrave (2001).  In 2003, he co-authored (with R. Hrair Dekmejian) The Just Prince:  A Manual of Leadership (London:  Saqi Books), which includes a full translation of the Sulwan al-Muta` by Muhammad Ibn Zafar al-Siqilli.

In 2008, he published two new volumes, Power and Succession in Arab Monarchies, [Boulder, Colorado:  Lynne Rienner Publishers, and Beirut:  Riyad al-Rayyes Books, 2012—in 2 volumes for the Arabic translation], and Faysal:  Saudi Arabia’s King for All Seasons [Gainesville, Florida:  University Press of Florida and Beirut:  Dar al-‘Arabiyyah lil-Mawsu‘at, 2012].  His newest book is Legal and Political Reforms in Sa‘udi Arabia, published by Routledge in December 2012, and he has just completed a companion volume to Faysal on ‘Iffat Al Thunayan: An Arabian Queen (London:  Sussex Academic Press, 2015).

The Middle East Institute in Washington, D.C. welcomed Kéchichian as a non-resident fellow in 2009-2010 and hosted him once again in 2012-2013 to work on a new Smith Richardson Foundation funded project on the Gulf Cooperation Council, which will result in a new book as well.

Arabian Peninsula Affairs.  Succession matters in Arab Gulf Monarchies.  Arab Politics.
As a Senior writer at Gulf News, I have the opportunity to comment on breaking news throughout the Arab World, where I travel extensively throughout the year.