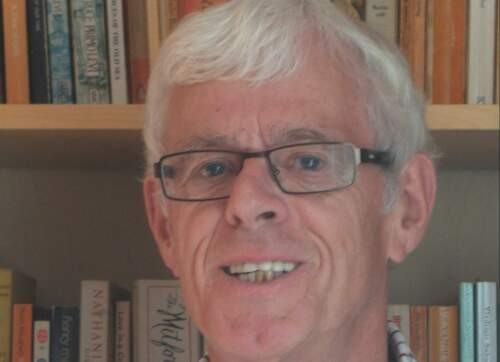 Having taught academic English for many years in both the Far East and continental Europe, I returned to the UK to teach classes in academic writing to international students. While teaching at the University of Nottingham I developed the framework for my coursebook 'Academic Writing, A Handbook for International Students', the fourth edition of which has just appeared. I now work as a full-time writer, developing new materials in this field.

My interests have centred on English language, literature and education. I was one of the earliest students to study at the University of East Anglia (UEA), where I took a degree in English Literature in 1968. Shortly after that I studied for a Post-Graduate Certificate In Education, also in Norwich, which I gained in 1970. This was followed by several years' teaching in English secondary schools, before I decided to try working abroad.
My first experience of teaching English as a Foreign Language (TEFL) was in Barcelona, Spain, followed by posts in Tokyo, Japan and Johor Bahru, Malaysia. By this stage I was becoming interested in developing my own teaching materials, focused on the needs of the students I was teaching. While in Malaysia I developed the material for my first published textbook, 'Fast Lane English'.
I subsequently taught in London, Prague and Toulouse before deciding to focus on teaching English for Academic purposes (EAP) in the UK. While working at Derby University and then the University of Nottingham I became aware of the need for a set of comprehensive teaching materials that would allow international students to prepare for essay-writing in an academic context.  The result of this was 'Academic Writing, A Handbook for International Students', which was the first book aimed at this group of students which could be used both in the classroom and for self-study.
About ten years ago I moved with my wife and daughter to a small village in the Derbyshire hills, which allows us all to enjoy a more relaxed way of life.  I have recently become a full-time writer, and have published several books on local subjects.

My main academic interest is developing teaching materials that can be self-taught as well as used in the classroom. Many international students studying in English have difficulty with written assignments, and my goal has been to provide them with the means to complete these successfully without having to spend months attending writing classes. Useful as they are, many students do not have the time or money to spend on these.

I have always been interested in the history of the landscape, and I love to walk the paths and tracks of the Peak District near where I live, and uncover the patterns of the past. This interest led to my book on 'The Derbyshire Portway' (2008), which traces the route of an extensive prehistoric trackway through the county. I combined my interest in landscape with an enthusiasm for our greatest local author, D.H. Lawrence, in a study of the places which formed the backdrop to his early novels, in 'Heartlands: A Guide to D.H. Lawrence's Midlands Roots' (2013, with Chris Nottingham).