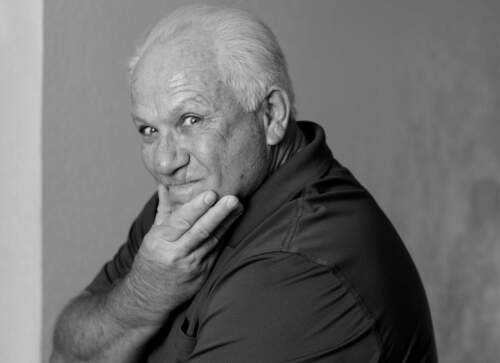 1) The Grip Book: Taylor & Francis (Fifth Edition) A excerpt statement from my book is cast in stone on “The Road to Hollywood” pathway near the Dolby Theater in Hollywood, Ca. (It was “recommenced” for a nomination for an Technical Achievement Academy Award years back.) 2) Dollies, Cranes & Camera Heads - American Cinematographer Reviewed! (Jan 2010) (Technical Specification Information) 3) Uva’s Rigging Guide: Focal Press/Elsevier. (Technical Instructions)

I currently instruct (part-time) at West LA College for the Hollywood CPR program. (And I love it)

As an instructor I teach:

1) How to rig cameras on vehicles from cars, boats, to aircraft.
2) How to cut lights (flagging & shading) and make it look untreated.
3) How to get a job in the film and the next one and the next one after that.
4) How to safely operate a dolly or cranes & dollies.
5) Set etiquette.
6) How to become a confident, safe, and better film technician.

I have instructed at:

1) UCLA Extension Courses (Average an 8.7 out of 9 rating from students who have attended my courses. (On file)

Note: I have also written a full “How to grip” curriculum, along with a 125-question test for students. As far as the test goes, I administer the first day of class and once again, (the same test) the last day of my classes.  (Now the student knows exactly what they have learned.) It has been very effective.

Other books I have written:

Upcoming books:
Current Title:
Hell On Heels! (Comedic/Fantasy Fiction)
The eldest, fashionista daughter of the devil is dispatched on a seemingly simple mission, to reap the soul of a suspected drug dealer.  She’s stopped cold! Seems that God has other plans, so he posts a cranky, soon to be retired angler, the Angel of Death to safeguard the mortal. She’s frustrated. (There’s a sale on at H &M’s) He’s pissed. (After eons, the angelfish are finally biting!) No one is telling anyone, what the Hell is really going on!
(A lite hearted, dark comedy…about demise!) (22,611 words.)

E-Jipped! (Comedic/Sci-Fi)
Pointed worlds collided when a reputed Brooklyn mobster travels to Egypt with an Encyclopedia of how the Great Pyramids were constructed! One small hiccup, he travels via, a time machine!
(What if Tony Soprano had this device?) (22,852 words.)

Spray! (Young Adult)
What happened in 1959; when emerging California surfers and five teen-aged, female Tennessee transplants, mix in the Pacific Ocean waters during its’ rise to the surfing capital of the world?
(Gidget… with an accent!) (21,279 words.)

The reason I include these last two certifications is to show the student that they can do or become filmmaker they want to be, if they really want it bad enough. All they have to do is have desire, be willing to learn all they can about the preferred craft, and have perseverance.
Good Luck...But work hard to achieve!

Being an Instructor; helping other get to the place that I was lucky enough to go to. (What a ride it has been!)